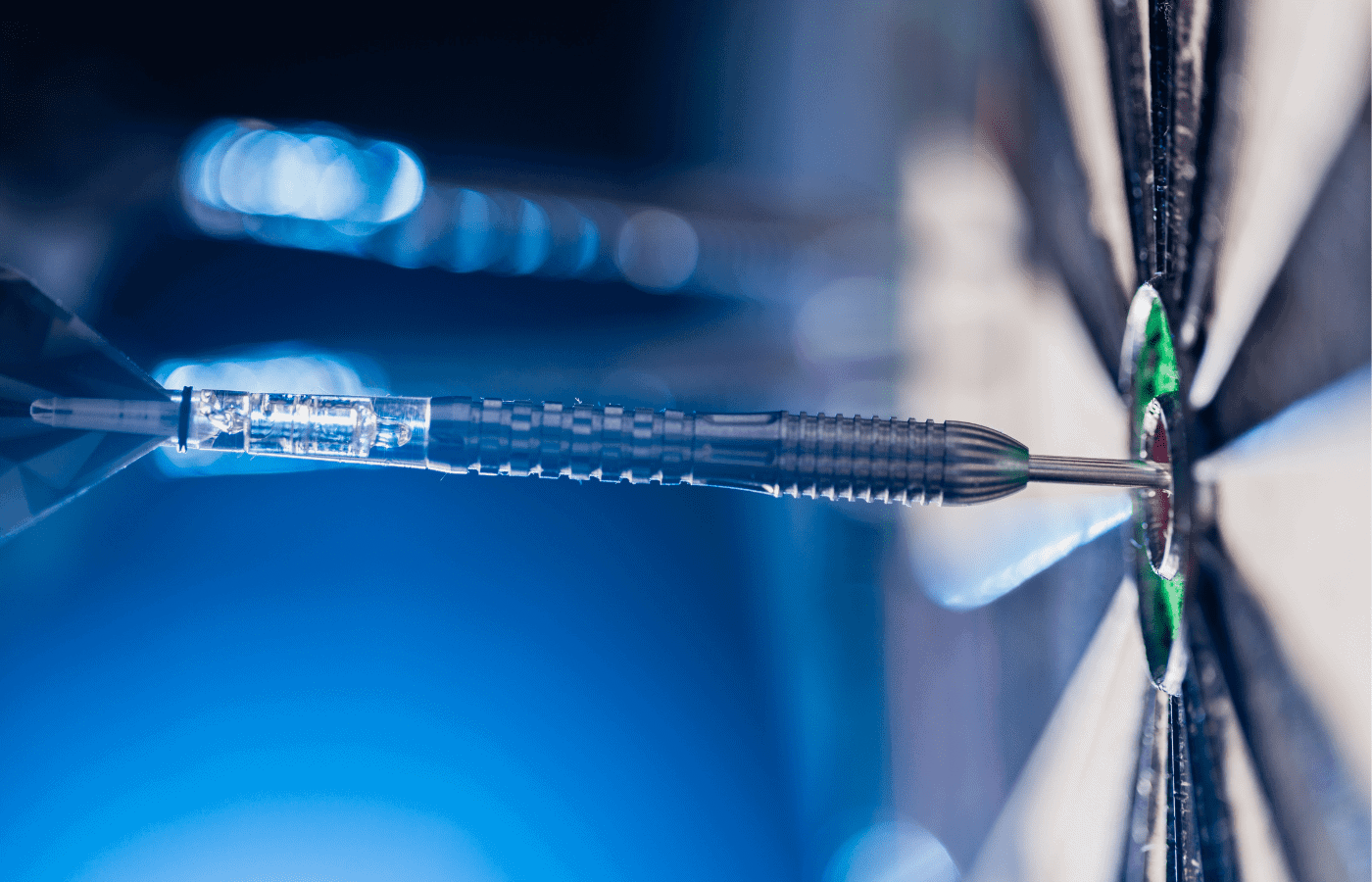 Do you want to play darts like up-and-coming darts star Callan Rydz? Well, that’s going to take a lot of practice and dedication. But, one way you can emulate Callan Rydz is to use the same darts as he does.

What darts does Callan Rydz use? Callan uses Unicorn darts. Callan Rydz is part of team Unicorn as one of its Contender group of darts players. Unicorn Contenders are professional players in the process of establishing their darts careers and are likely to be amongst the world’s elite players in the very near future.

Professional darts players sign endorsement deals with major darts suppliers, and have their own signature darts manufactured by that dart company. A player’s darts can be purchased by fans.

Rydz signed to Team Unicorn in 2019 at the age of 20 after an incredible win in April 2019 where he beat Luke Humphries to take the Professional Darts Corporation (PDC) Unicorn Development Tour.

Callan Rydz’s Unicorn dart shafts are made of 90% tungsten, weigh 22g, and have steel tips. These darts have a gripper shaft in a natural tungsten color, which is 51.5mm long and has a diameter of 6.3mm. The flights are made of durable polyester.

Unicorn darts are popular among professional and up-and-coming amateur darts players. Unicorn currently has 24 players on their books, in six categories as follows:

To check the current price and availability of Unicorn Steel Darts, click here to view the selection on Amazon.

Most professionals use darts around 22 to 24 grams, but some use darts as light as 12 grams.

Callan was born on 3rd July 1998 and is from Newcastle Upon Tyne in the UK.  Rydz started playing darts in 2013 at the age of 15. He is now on the professional darts circuit playing in PDC and other events.

By 2019, Rydz was enjoying his first PDC successes, with his first PDC title, and qualification for the 2020 PDC World Darts Championship.

Rydz continued to progress in 2020, but 2021 can be described as his real professional breakthrough year at the tender age of just 23. Rydz won his first Pro Tour title in February 2021, winning the Players Championship No. 2 event of the 2021 PDCPro Tour against Jonny Clayton in the final. This qualified Rydz for the 2021 World Matchplay, where he reached the quarter-finals.

The Origin of Unicorn Darts

Callan Rydz’s darts of choice are manufactured by the family-run business Unicorn. Unicorn was founded by Frank Lowy in 1937 and is said to be ‘the choice of champions and millions of darts players around the World.’ the company claims that its affiliated players have won more World Championships than any other brand of darts.

Frank Lowy, was born in Budapest, Hungary in 1901 but moved to the UK in 1927. During the 1930s, he discovered darts and began to play with a neighbor.

Frank was dissatisfied with the design and quality of the darts available at the time, which were either the French dart with a wooden shaft, a lead band to provide weight, and a metal point, or a dart with a brass barrel, fitted with a piece of cane.

As a result, Frank Lowry invented a much-improved dart that had a brass barrel that was chromium-plated and an aluminum slotted shaft. The dart was silver in color and had a bright red flight. Lowry patented his new invention in 1937.

Lowry arranged for a contract engineering firm to manufacture his new dart design. Lowry decided on ‘Silver Comet’ for the name of the darts. The Silver Comet was an immediate commercial success and Lowry went on to develop different weight variants to suit different players.

For the boxes storing the darts, Lowry wanted a striking and relevant trademark symbol.  He decided on a unicorn with its single horn symbolizing the point of a dart barrel.

Callan Rydz is affiliated with Unicorn darts. Unicorn has over 80 years of history in the manufacture and development of darts, and is now one of the world’s best-known darts brands with more darts World Champions on its books than any other manufacturer.

Call Rydz’s Unicorn darts of choice are 90% tungsten with a weight of 22g. Callan Rydz signed to Team Unicorn in 2019 at the age of 20.

Callan Rydz is an up-and-coming professional darts player with great potential and a lot more to give. Already, at the age of just 23, he reached the quarter-final stages of the PDC World Championship. It looks like 2022 is shaping up to be a milestone year in Callan Rydz’s professional darts career.