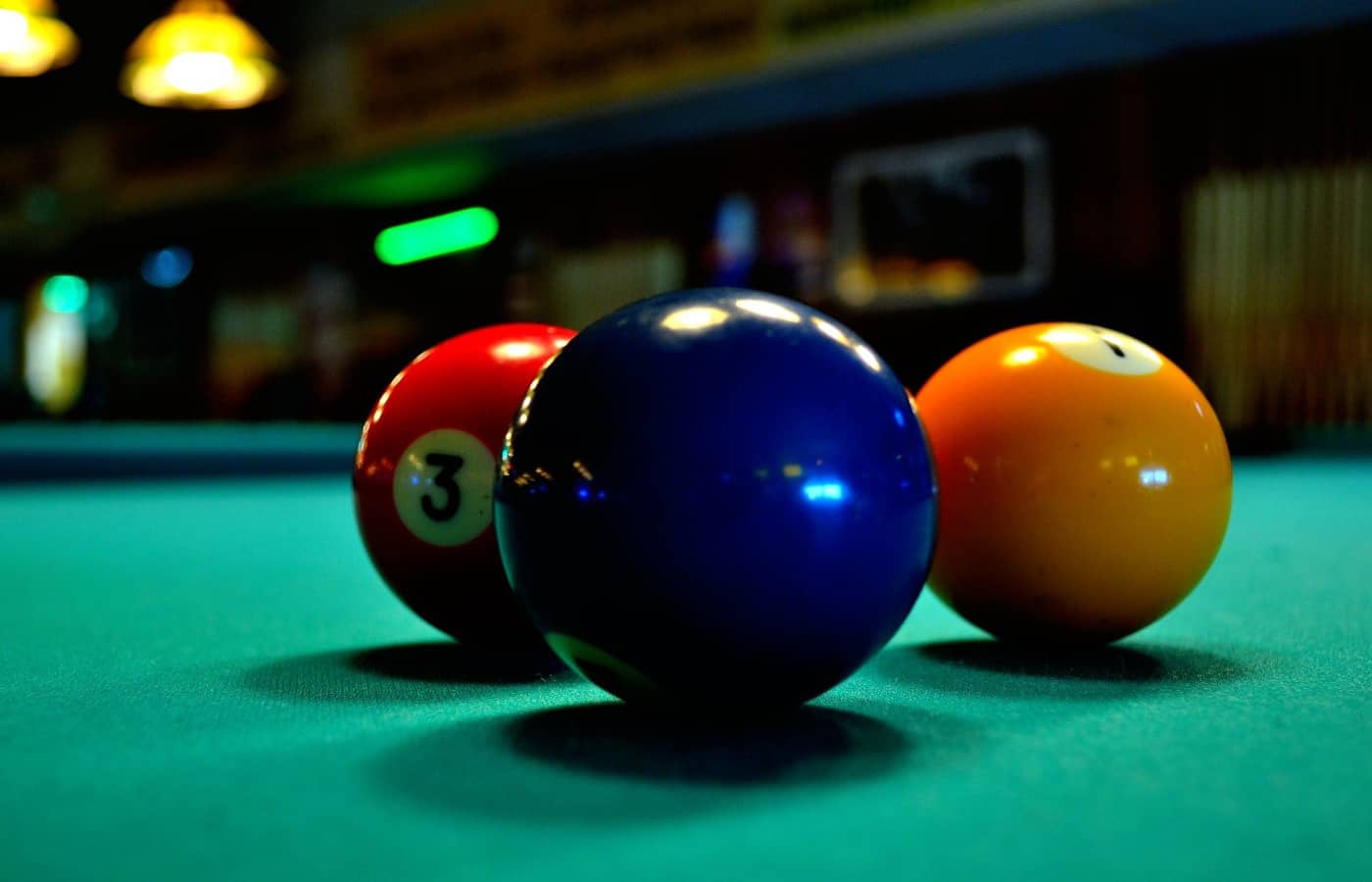 The different phrases in pool can be very confusing. Especially when differently variations of pool come into play. Ball tapping can mean something totally in Snooker when compared to trick shots.

It’s a common phrase that is used in pool, but has more than one meaning depending on what you are playing. What is ball tapping in pool? Ball tapping is a phrase used in pool that can have three meanings. Tapping may refer to the racking of balls before a game, a move used by show players doing trick shots, and it can also refer to the action of tapping.

Let’s take a look at the meaning behind ball tapping in each of these three scenarios so that you can have a better understanding of what ball tapping means in correlation with the game you are playing.

Ball Tapping in a Game of Pool

The last meaning of “tapping” refers to the action of tapping – in pool this can mean:

Ball Tapping When Racking the Balls

When setting up a pool table for play, most of us think of a player racking the balls using the triangle frame. (When the player uses a triangular frame to order the pool balls on the table, we call it “racking.”)

The template used when tapping the balls instead of racking the balls has the benefit of setting the balls up tightly for a good break. Tapping also makes it faster and easier to set up the table for play.

A player is not allowed to be the person who taps the balls using the template. Only an official of the tournament can do the tapping. Not all pool tournaments allow for the official to tap the balls; instead, they depend on the more traditional triangle for racking.

Ball tapping is also a term used when talking about trick shots in pool.

Ball tapping in trick shots refers to the process of creating divots in the felt of the pool table where the pool balls can sit. To make these divots, a player hits one ball on top of another.

Trick shot players use tapping to keep pool balls in a specific spot on the table so that they can perform their trick shots properly. Tapping may sound like cheating, but keep in mind that a trick shot player is a performer who puts on an artistic exhibition they are not taking part in a competitive game of pool.

Why Is It Important for Trick Shot Players to Keep Balls in Place?

When you consider some of the trick shots that trick shot players undertake, you can imagine how important it is for pool balls to be in a specific spot on the table. If just one ball is off by a millimeter, the trick shot can fail.

Tapping is also important when a trick shot involves a large number of pool balls. If the balls need to be very close together, it can be hard to get them set up just right in a small amount of time. So, tapping the balls helps to get the balls set in place quickly.

Does Tapping in Trick Shots Ruin the Table?

When a trick shot player taps the balls, they claim only to be creating a temporary divot in the cloth of the pool table. The problem with tapping, though, is that it can create semi-permanent divots that affect how well other players can play.

Over time, a pool table can become permanently scarred from tapping, and that table becomes useless to regular players as well as trick shot players.

As you can see, there are many different meanings to what ball tapping is in pool. It varies greatly depending on the variation of pool you are playing.

Tapping can refer to racking the balls before a game, a move in trick shots, and also to an action in pool.

Fortunately, the three different meanings of “tapping” are distinct, and you can determine which applies to you based on the context of the situation.