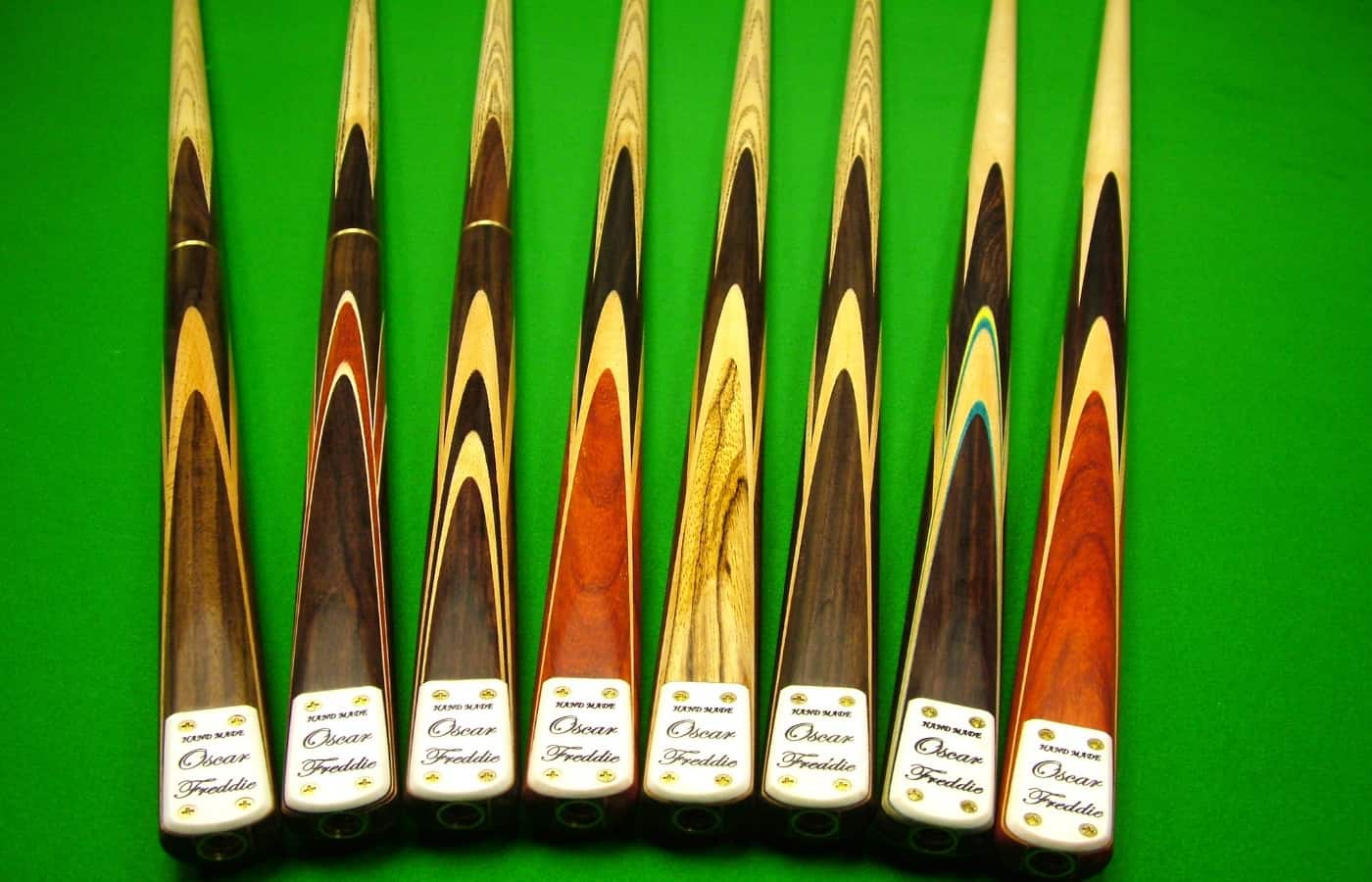 If you have ever looked at a snooker cue, you may have noticed that it has a flat section – this is called the “butt” of the snooker cue. If you’re new to playing snooker it can raise a common question among new players. Why do snooker cues have a flat side? The flat butt of the snooker cue is a traditional design element that has its roots in how players used to play the game of snooker hundreds of years ago.

More than six-hundred years ago, the game of billiards used to be played not with cues but with maces. No, not the spikey weapons of the middle ages! This type of mace is a unique implement that preceded the cue.

The billiard mace began as a long stick-like instrument that has a narrow end (similar to the end of a pool cue today) and an oddly shaped club on the other end. This tool began as a straight outwardly tapered club, but over time it became a more contoured scooping type of club.

Why Did Billiard Players Use Maces?

Billiard players used maces because the original game of billiards was once played on the ground. Players would stand around a small pitch and use the mace to drive the billiard balls around the pitch.

The shape of the mace gave players leverage and provide a better chance of hitting the balls at ground level while they were standing.

Over time, the game of billiards was taken from ground level and brought inside and raised to table height to make it easier for players to hit the ball indoors. At this point, billiard players were still using the same mace tool to drive the ball around the table.

As it tends to do, time led to changes in how indoor billiards was played. Billiard players began to turn their mace around and use the narrow end to drive the balls across the table. They soon realized that this was a better approach to the table-height game.

Eventually, all players realized that the narrow end of the cue was much more efficient, and billiard maces got made with the intent of shooting with the “narrow end”. This does not mean that all of the features of the mace were eliminated, though. The cue maintained a flat butt.

Snooker, a game that derives from the game of billiards, so the flat butt and the narrow shooting end of the cue carried over into the game of snooker too, and it stuck.

Modern Day Use of the Flat Butt

No matter whether they use a cue with the flat butt facing upward or downward, the presence of the butt makes it easy to grip the cue in the same way for each shot without having to look down at the cue when grabbing for it.

The Flat Butt Helps with Shots

The flat butt of the snooker cue doesn’t only help players to hold the cue correctly. The cue butt also helps players to take shots.

Many modern cues have arrows on the shaft of the cue, players often use these arrows to line up shots and replicate shots they have taken previously.

Some people believe that the snooker cue flat butt is outdated and serves no real purpose anymore. In actuality, the butt helps players to maintain consistency while playing. However, we also like to think that it’s a nod to the origin of snooker, and it’s a recognition that we believe should remain.

The reason the snooker cue is the way it is today is due to the traditional elemental design, from which the game was played on the ground, hundreds of years ago.

The flat side is actually functional in its design. It helps cue orientation, aids with shots, and helps maintain consistency in overall performance.

The flat side of a snooker cue is a part of history. The evolution of the mace into the snooker cue and pool cue that we all know today is something that will be a part of the game forever.