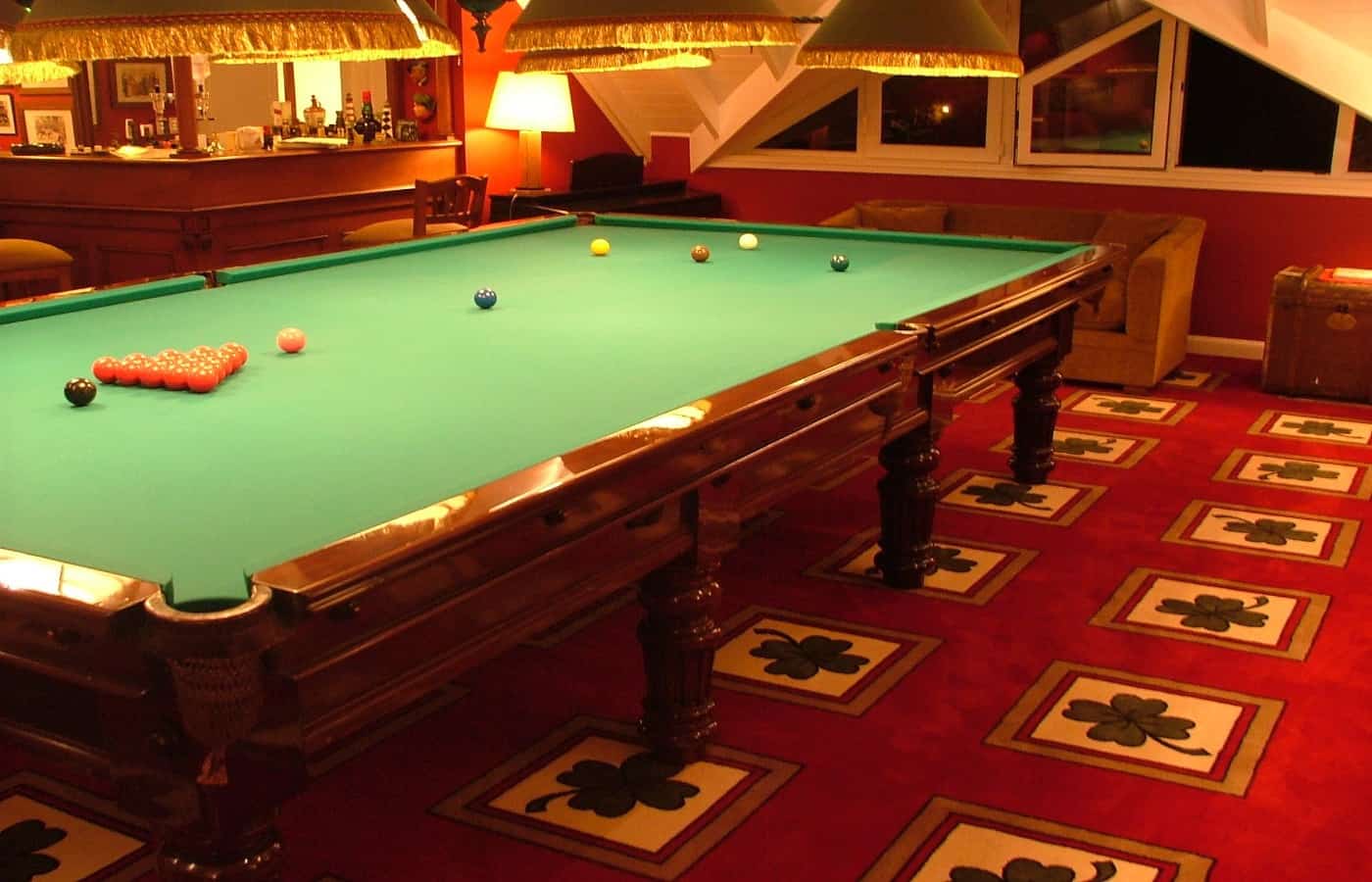 Snooker has a notorious reputation for being one of the most challenging games. Even professional pool players often find the game overwhelmingly challenging, claiming that it tests their skills and precision. Still, is snooker that hard? Is snooker more difficult than pool? Or are people just making a big fuss over nothing?

To put it simply, snooker is more difficult than pool. Most players agree with this fact. Snooker requires more precision due to the unique set of rules it has compared to pool.

How can a set of rules make snooker harder to master than pool? We answer this and many other questions so you can decide for yourself which game is more difficult than the other.

Why Is Snooker So Hard?

Is There a Difference Between Snooker and Pool?

Pool is a billiards game that uses a cue stick, billiard balls, and pool table. There are different types of pool games, like 8 ball, 9 ball, or straight pool. When most people think of pool, they think of 8 ball pool. Regardless of the pool game type, the pool table will have six pockets and the balls will be 2-¼ inch in diameter.

The exact rules for the game will depend on the game you are playing. For instance, 8 ball pool is different from 9 ball pool.

Like pool, snooker uses a cue stick, billiard balls, and a pool table, but the table and balls differ from that of pool.

Whereas pool will only have a maximum of 15 balls depending on the game, snooker uses twenty-one 2 1/8 inch balls, making them smaller than the balls used in pool. Unlike pool which has one striker ball, snooker has three striker balls. To make matters more complicated, the balls are separated by color to designate red balls from object balls, which are different colored.

You pocket red balls and object balls to get points in snooker, but you must pocket the remaining object balls in a designated order. Depending on where you live, the table can either be 6 by 10 or 5 by 10.

How difficult pool is will depend on the exact game you are playing. Generally speaking, the most popular pool games are less difficult than snooker. Games like 8 ball, 9 ball, and rotation games are normally more straightforward and easier to play. Straight pool, on the other hand, is more strategic and challenging.

In many ways, snooker is like straight pool, but people often find snooker to be incredibly challenging. Part of the reason snooker is so difficult is due to confusing rules. More so, snooker requires more precision and skill than most pool games.

The main reason why snooker requires more precision is due to the balls and table used. Since the balls are smaller, there is less surface area, meaning you must be much more intentional and accurate in your hits.

As you shoot for pockets, the pockets themselves are rounded. This means that the ball must hit the dead center of the pocket for it to go in, requiring a high amount of precision and accuracy in your hit.

All around, the way that the snooker game is set up and the rules regulating it require much more skill and precision than most games of pool.

Most players agree that snooker is more difficult to play than pool. From its confusing rules to the required precision, snooker is a challenging game that will press even the most skilled pool players.

Still, it is important to keep in mind that difficulty is often subjective. Though many people agree that snooker is more difficult, you will always have those few people who find it easier than other pool games.

So, it is best to find out for yourself which game is more difficult. Our guess is that you will find snooker to be more difficult than pool.

link to How Much Does It Cost to Resurface a Bowling Ball?

Bowling balls will always absorb oil, dirt and grime during game play. Over time, this filth can adversely affect the ball’s performance, appearance and feel. So, you have to get your ball...

Continue Reading
link to Can You Use Baby Powder for Bowling?

Whether bowling as a fun night out with friends or for competition, many bowlers look to get a better grip on their ball. This is especially true for women, because they don’t usually have the...