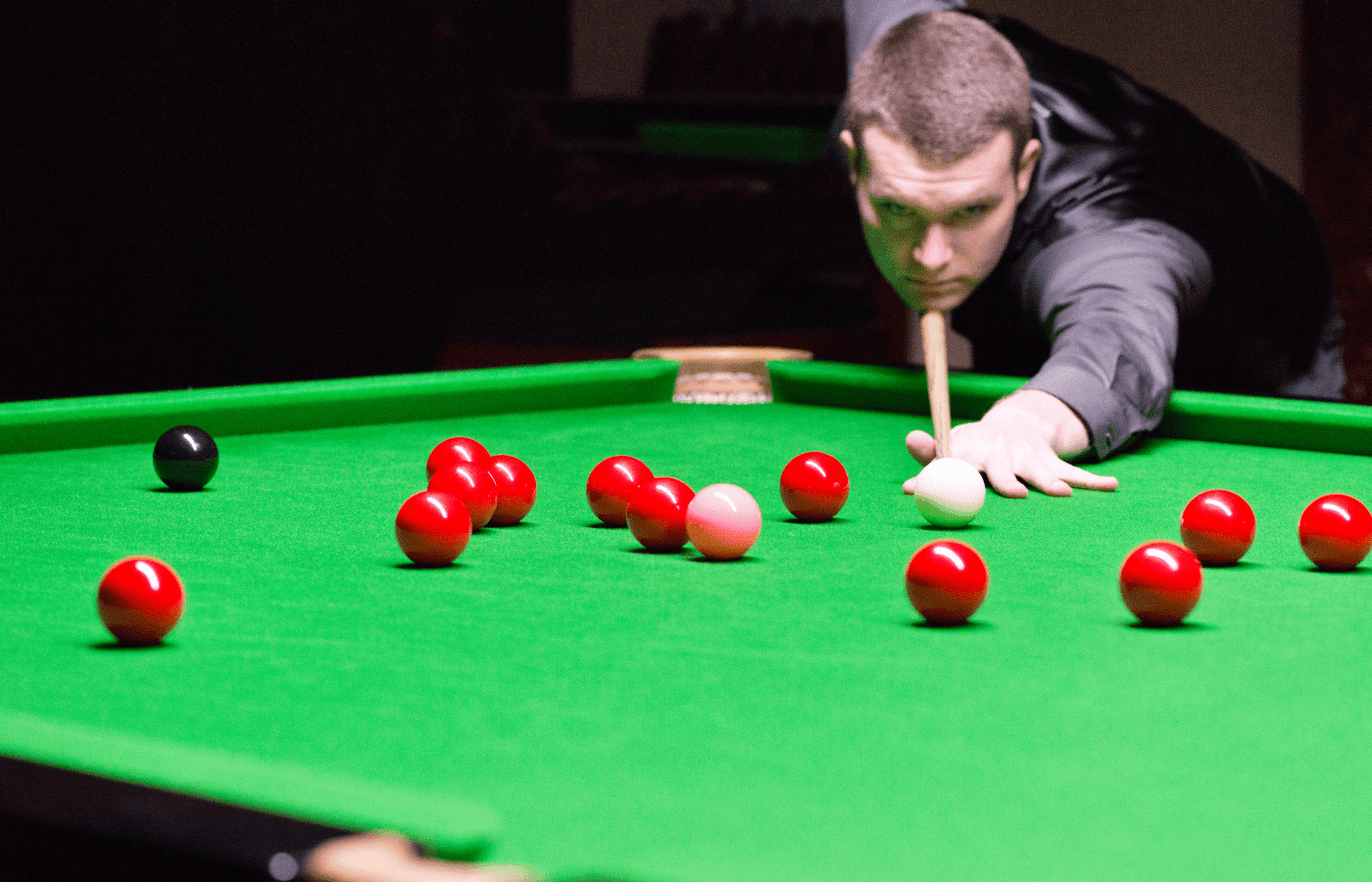 When a snooker player flukes a ball, they apologize. Have you ever wondered why? Well, it is all down to gentlemanly (or gentlewomanly) conduct.

Apologizing for a fluke shot is a polite way of saying: “Hey, I know I got lucky with that shot!” The apology is not just for the benefit of their opponent, though. The apology is also a way for the “offending player” to let the audience know that a shot was unintended.

Snooker, like billiards, has always been considered a game for gentlemen (that is, a game played with propriety, and decorum, which is also why they dress with bowties and waistcoats.) As a gentleman (or gentlewoman,) a player is expected to be respectful of their opponent. This expectation means many things, but when it comes to fluke shots, it means acknowledging that they did not intend for the snooker shot to play out as it did.

What Is a Fluke?

A fluke in the game of snooker is exactly what it sounds like – a play that results in a positive outcome for the player even though they didn’t intend for what happened to happen.

For example, a player intends to pocket one ball with their shot, and by sheer luck, they happen to pocket two. This happy accident is a fluke because the player only intended to pocket the one ball.

Players who play snooker with a little less control of their technique tend to have more fluke shots than players who are very precise in their playing.

Are Fluke Shots Legal in Snooker?

Yes. Fluke shots are legal in snooker, but there are a few important things to note

Why Apologize for a Legal Move?

If fluke shots are legal, why should players have to apologize for them or at least acknowledge them as an accidental outcome of a snooker shot? Again, it all comes down to courtesy and the acknowledgment of luck.

A player who flukes a shot may seem as though they are much better at the game than their opponent. While the offending player may be better at the game, an apology for a fluke lets everyone know that a) they are a player capable of humility and b) even though the player is “good,” they acknowledge that luck played a part in the outcome of their shot.

A Snooker Player Who Stands Out When It Comes to Flukes

One snooker player who stands out when talking about flukes is Ronnie O’Sullivan.

Ronnie O’Sullivan is one of the few snooker players who does not apologize or even hold up his hands in recognition of a fluke shot – this is just one of the reasons why O’Sullivan is such a love-hate player in the game.

Ronnie O’Sullivan is good at the game of snooker, but he is by no means a humble man – something that many players find difficult to deal with.

In addition to being a less conventional player, Ronnie O’Sullivan is very outspoken when it comes to his opinions of the game of snooker. One example of his boldness is his support behind the proposal to change the rules of snooker.

O’Sullivan supports the removal of the accidentally pocketed ball in the case of a fluke. Players who fluked the shot will not receive any points that came from the unintentional pocketing; however, the player is not penalized for this either.

Despite having the backing of an influential player like Ronnie O’Sullivan, the proposed rule changes to snooker have yet to happen. For the time being, players continue to benefit from accidental pocketing, and the truly great players acknowledge when they fluke.

Are the Rules of Snooker Concerning Fluke Shots Going to Change?

Despite various attempts to change the rules of snooker as they apply to fluke shots, the rules of the game have yet to change. Why? Simply put, there is no way to take the element of luck out of any game, and a player should not be penalized or punished for something that happened unintentionally.

Should fluke shots be discounted? Discounting fluke shots would make for a much less interesting game. As far as most snooker lovers are concerned, flukes happen. They may be fair or unfair to the player of choice, but they happen all the same, and they make the game much more entertaining. So, long as the offending player acts like a gentleman.

Apologizing for a fluke is nothing more than a just a polite gesture letting your opponent, as well as the audience, know that you indeed had a lucky shot and won’t take all the credit.

Snooker has always been known for its gentlemanlike conduct. From waist coats and bowties, to apologizing for flukes.

Snooker is agame that has its roots attached to it still to this day.