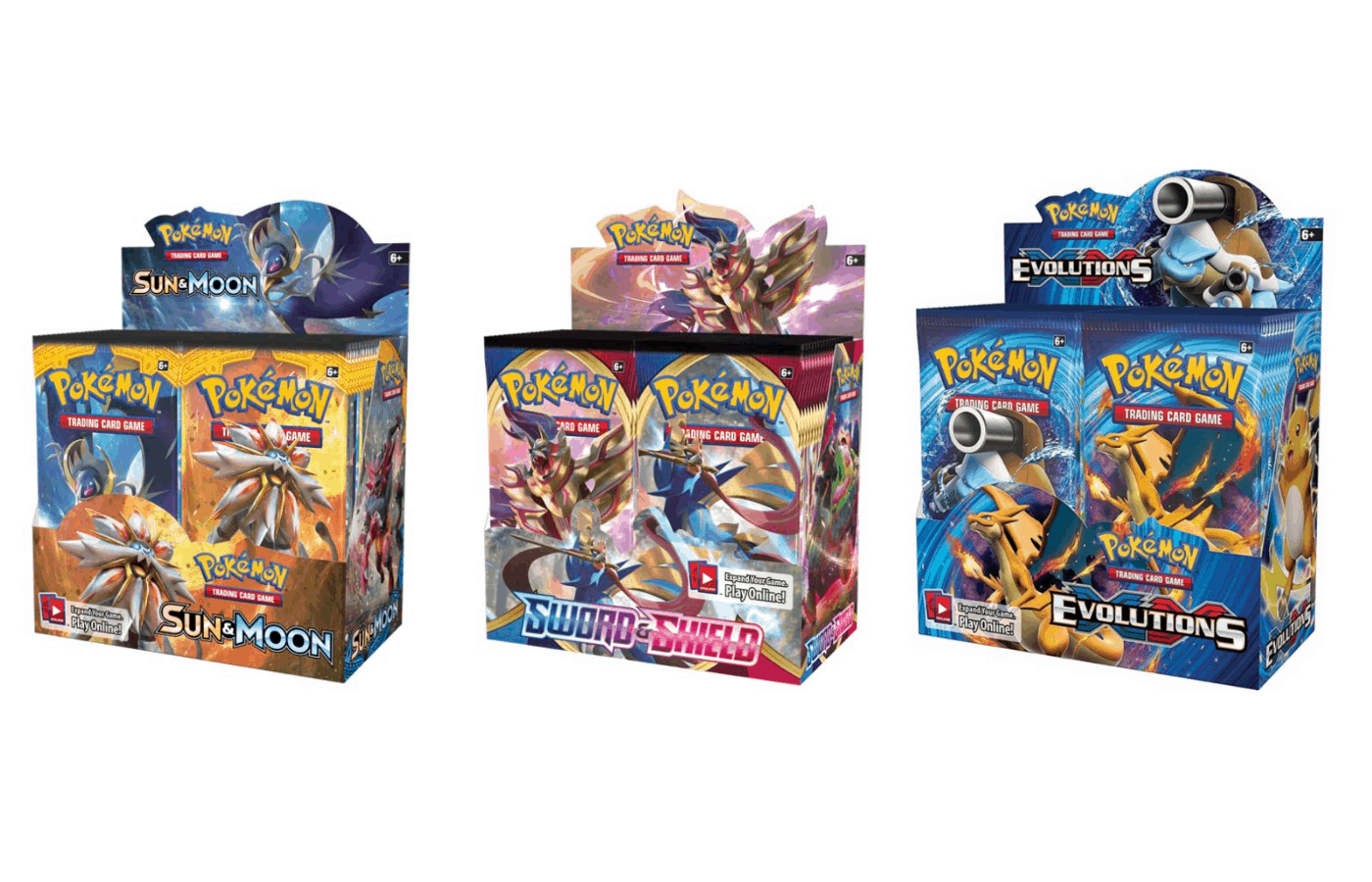 One of the joys of opening a trading card game booster pack is the potential to pull a card that is awesome. Sadly, some trading card games have boxes that are mapped. This can make the cards a little bit more predictable. This can ruin the game. At one point, Pokemon came under fire for having mapped booster boxes.

So, are Pokemon booster boxes still mapped? No. Only one set was ever mapped. It only lasted for a couple of weeks too. This means that only a few thousand booster boxes had contents that could be easily predicted.

Let’s expand upon the idea of pack mapping a little bit. We also want to talk about which sets from Pokemon have actually been mapped.

What Does it Mean When a Booster Box is Mapped?

When we say a booster box is mapped, we are saying that you know the exact packs that will have the rarest cards in. Basically, you have a ‘map’ to the set.

It is not a physical map, though. Instead, it is going to be the order in which the rares appear in the booster boxes. So, you know that if you pull an ultra-rare in one pack, the booster that is sitting next to it will contain a rare card.

Mapping is a terrible thing for any trading card game. It takes the thrill out of the game. Because people know that the booster packs have been mapped, they will remove the boosters that contain the rare cards. This means that if the average person goes into a shop, they will never get the rarest cards.

The Pokemon Trading Card Game has only ever had to deal with pack mapping once. When this happened, the rare cards were not getting out of stores. Instead, they were being sold as singles. This meant companies were making a lot more money off their booster boxes than they normally would. The average player would have little choice but to buy these singles if they wanted to complete their collection.

Sword and Shield booster boxes have never been mapped. The pull rate in them should be fairly random. Obviously, there is a small amount of prediction that you can do, owing to the way in which cards are distributed i.e. each box has a chance of having at least one Rainbow Rare. However, you never know where it is going to be in that box.

In our research, it did appear as if there were some people that have attempted to map Sword and Shield booster boxes. A lot of people seem to have come up with their own theories about the way in which the boxes have been mapped.

However, we can assure you that Sword and Shield have never been mapped. You are perfectly safe buying loose booster packs for this set. You have just as much chance to gain a certain card as you would with any other booster pack.

To check out the current prices and availability of Pokemon Booster Boxes, click here to view them on Amazon.

This meant that, in the majority of cases, if you took the first booster from each side, you would get an ultra-rare. If you didn’t, then you could count backward from the pack that did get and you will, roughly, know which packs had the ultra-rare in. The rest could just be sold as boosters.

This was only on the early booster boxes, though. At some point, The Pokemon Trading Card Company realized that they had made a rather big error. Once they spotted their issue, the booster boxes stopped being mapped.

Now, it is actually impossible to tell which boxes are mapped and which ones aren’t. If there are old sealed boxes out there, you don’t know whether they are boxes that have been mapped or the random ones.

One word of caution, though. It is suggested that you do not buy sealed Sun ; Moon booster packs loose. This is because you do not know whether they have been taken from mapped boxes or not. If they have, then you are only going to be pulling regular rares from them.

To check out the current prices and availability of Pokemon Booster Boxes, click here to view them on Amazon.

Which Pokemon Booster Boxes Have Been Mapped?

Only the very first print run of Sun ; Moon booster boxes have been mapped.

It seems as if no other expansion in The Pokemon Trading Card game history has been mapped. Not even the base set boxes.

It is clear that the whole reason why Sun ; Moon was mapped was due to some error with the way in which they put together their printing sheets. If you could regularly map booster boxes, then it would not be a very good trading card game in the slightest.

The only people that would have access to the real rare cards would be those that could afford to buy whole booster boxes, or perhaps got lucky if they went to a store when they were opening up a fresh booster box.

While the chances of you picking up a sealed Sun ; Moon booster box from the initial run of the expansion are slim, if you do, then you will still be able to map it and know exactly where all of the rare cards are.