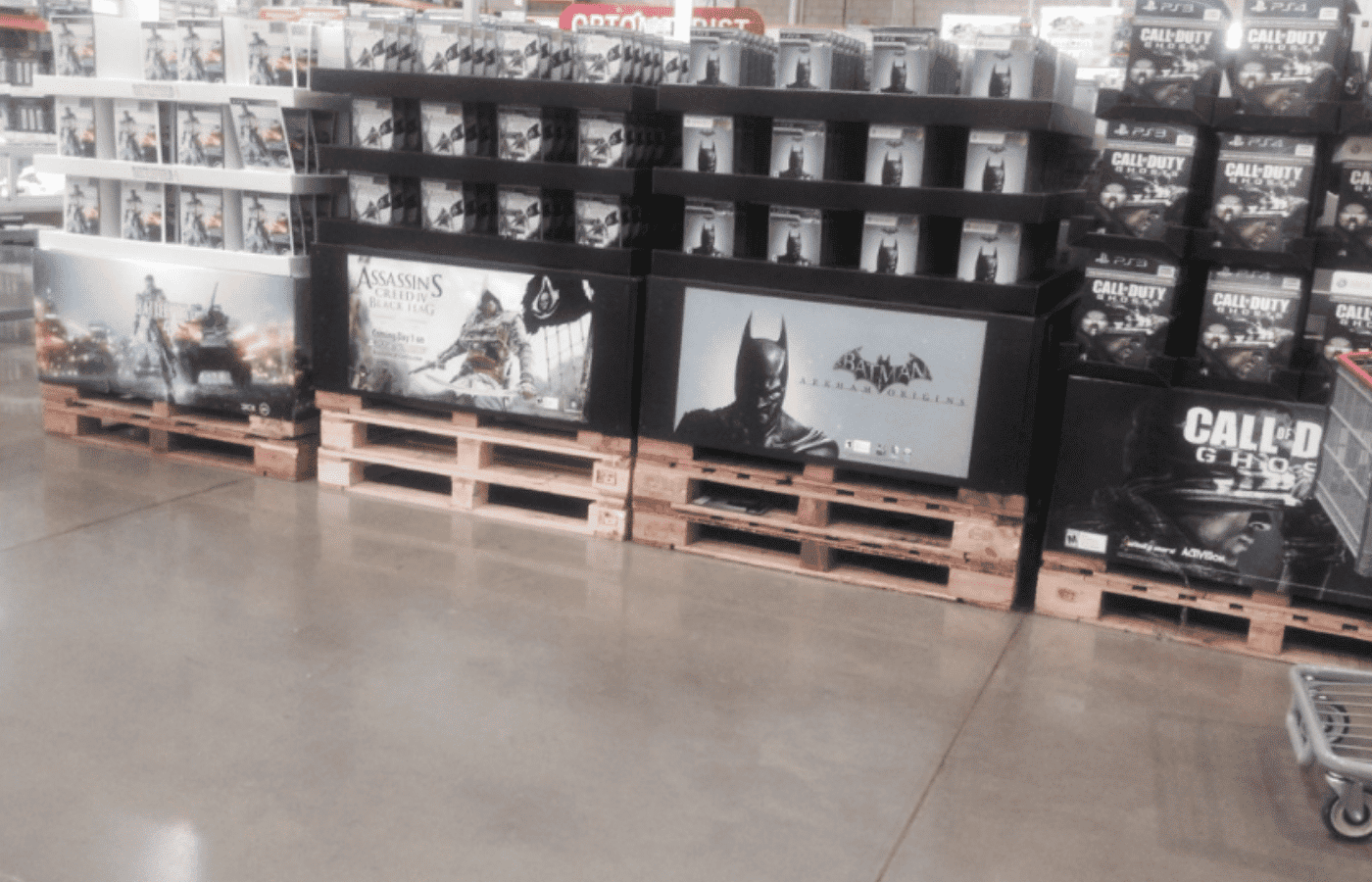 Costco has exclusive deals for video games and video game consoles, but only if you have a Costco membership. It can be difficult to even view the price of many video games sold at Costco without having a membership. If you’re wanting to compare prices without a membership, you’re out of luck.

Costco also often has special deals during shopping holidays, such as Black Friday and Boxing Day. Some of the most coveted deals they offer during these times will include video game consoles, video games, or bundles, but you have to act fast if you want to get the deal.

If you don’t already have a Costco membership, it might not be worth having one for the video game savings alone. Saving on games and consoles is just one of the many perks of already having, or finally choosing to get a Coscto membership.

Are Video Games Cheaper at Costco?

Video games are one product that tends not to vary much in price between retailers. This is especially true when purchasing new releases. Once a game has been available for quite some time, this is when you can find some of the best prices.

Thus, video game deals can be found at Costco from time to time, making some of them cheaper. However, you have to have a membership to save.

If you are not looking for a physical copy of a video game, you might be able to find a bargain when you purchase digital copies of the game. This means you will just download the game after purchase and it’ll be stored on your console.

Your best consistent savings would be through video game gift cards. For example, sometimes you can get a gift card for XBox, Nintendo, or Playstation at a two for one deal. These gift cards allow you to buy games, updates, and accessories, so it’s a clever way to save some money on video games.

Are Only Popular Video Games Sold At Costco?

How Much Do XBox Games Cost At Costco?

XBox games are difficult to find at Costco, but they do carry some from time to time. You will most likely find the most popular games or the newest releases. They also sell gift cards and online membership cards at Costco.

To check the current price and selection of Xbox games, click here to view the selection on Amazon.

How Much Do Nintendo Switch Games Cost At Costco?

Nintendo Switch games cost between $40 and $60, with the higher prices tending to be for newer releases. However, if you purchase the digital version of a game from Costco, you will spend a lot less.

You may be able to save a little bit of money purchasing a digital version of a Nintendo Switch game at Costco, given that they are sometimes found about $10 cheaper, at least, compared to other retailers. Some of them can be found for between $30 and $50 regularly.

To check the current price and availability of Nintendo Switch games click here to view the selection on Amazon.

How Much Do Playstation Games Cost At Costco?

Playstation 4 and 5 games are a little bit more difficult to find at Costco, but if you do manage to find some, they will cost you close to $70.

To check the current price and availability of Playstation games, click here to view the selection on Amazon.

How Much Do Different XBox Systems Cost At Costco?

The XBox Series S, one of the newest video game consoles available, can be found at Costco as part of a bundle for around $350. This bundle includes two games, Fortnite and Rocket League, as well as an extra controller.

This will most likely be the only XBox system you’ll find at Costco.

How Much Does A PS4 Cost At Costco?

As of right now, it is extremely difficult to find a PS4 at Costco. When Costco was selling them, depending on the particular system version, they would cost between $300-$400.

How Much Does A PS5 Cost At Costco?

Costco has sold Playstation 5 consoles when they have been available, but the highly coveted system is often sold out. At one point, Costco was selling a Playstation 5 bundle for around $600. This bundle included the console, a game, and an additional controller.

How Much Does A Nintendo Switch Cost At Costco?

It might be worth tagging along with someone who has a membership when you do stumble upon a deal. That being said, every now and then, especially on holidays, Costco will have a deal so good that your savings will most likely pay for your membership fee.

It will also be difficult to find older games, as well as older systems, but it is not impossible. Digital games purchased at Costco are probably one of the best ways you can save a decent amount of money consistently on video games, as these digital video games are cheaper at Costco than many other stores.