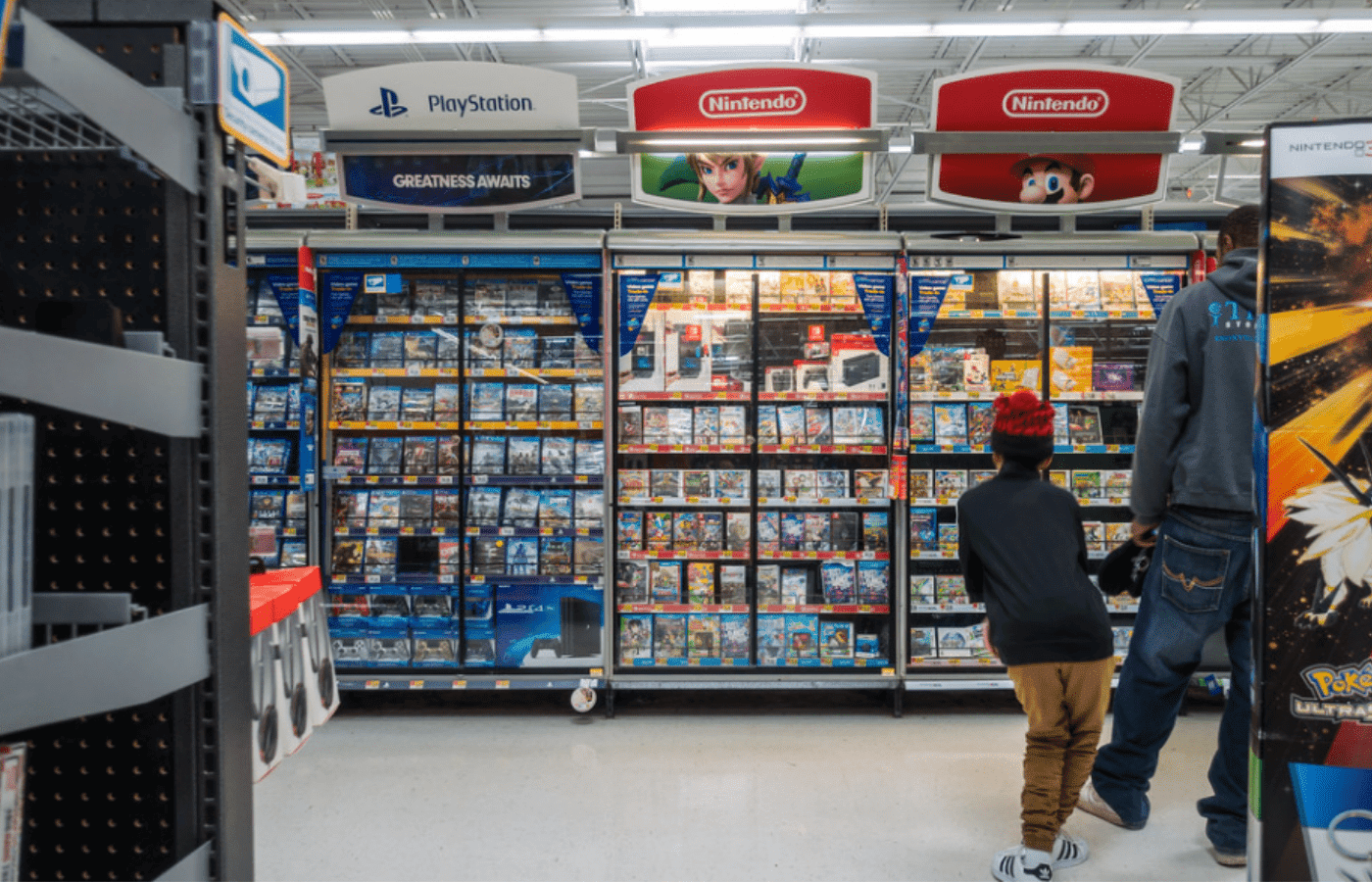 Target and Walmart do their best to keep prices low for everyone, but they are subject to market demands and stakeholders who need the company to make a profit.

You can reduce how much you pay for games at Walmart or Target by taking advantage of their regular deals, but these are not always consistent.

Does Walmart Have Cheaper Video Games?

Compared to most supermarket chains, Walmart is perhaps the cheapest overall. Walmart game prices are competitive compared to others and offer great deals if you buy in bundles.

Blockbuster video games start at around $60 each. However, after a few weeks, at Walmart, you can find these same games selling for around $60. Although is not cheap, a $10 saving is worth taking advantage of if you can.

If you wish to buy more than one game then Walmart offers some great deals. This is because they are having to compete with online retailers like Amazon who offer the cheapest prices overall.

Does Target Have Cheaper Video Games?

Target does have cheaper video games when compared with direct download from the original company, but they are a few more dollars more expensive than Walmart.

However, if you are a Target Circle member, you can get up to 40% off video games, making them the cheapest overall if you use this method – but only a select few qualify.

Target price matches their games with GameStop, they also run regular ‘Buy Two Get One Free’ deals on their video games. To get the best price at Target you are better to buy games in bulk, and take advantage of one of their many deals if possible.

Here is a closer look at the price of video games by console type:

Xbox has the widest selection of games that are the same price on average as most other consoles, however upon release, they are exactly the same as Playstation.

Xbox runs in-house deals or they will forward the producer’s deals directly onto customers.

To check the current price and availability of Xbox video games, click here to view the selection on Amazon.

Playstation games are as expensive as Xbox games upon initial release. Both companies are direct competitors so they price match accordingly.

To check the current price and availability of Playstation video games, click here to view the selection on Amazon.

Switch games are almost identical in price to Playstation or Xbox games. The only difference in Swtich games is whether or not you buy the physical game or a direct download.

Switch games are, in some cases, more expensive than the alternatives because the cost of making a cartridge exceeds that of a CD. This is something to be mindful of before you buy a Switch.

To check the current price and availability of Nintendo Switch video games, click here to view the selection on Amazon.

Walmart and Target price match their video games according to GameStop prices. GameStop is a great resource for video game prices as it is usually the first stop for all gamers, and informs other retailers what price gamers are willing to pay.

Wherever you decide to shop, a new release blockbuster game will set you back $60 no matter where you shop, and Walmart and Target may come out cheaper than Gamestop due to the sheer amount of deals they run.

However, most people go to Gamestop for accessibility rather than price. GameStop is a gaming-only store, dedicated to games, whereas Target and Walmart can only dedicate an aisle or two to video games, meaning they have much less variety than GameStop can offer.

Yes, Target discounts do apply to video games. Target Circle members can now get a whopping 40% off video games, if eligible.

This deal only runs for a limited time and not throughout the year. So check-in at Target to see if the deal is running and act fast, as once they fill up a quota of sales with the discount they tend to close the offer.

The offer only extends to some video games and not all. So it is best to check ahead of time if the game that you want is part of the deal.

Target Circle is a loyalty scheme whereby a customer earns credit and rewards. Every time they purchase a qualifying product.

It is completely free to join the scheme, that offers 1% cash back on purchases, and 5% cashback if you shop on your birthday!

They also run other deals regularly throughout the year.

Yes, Target does price match with Walmart and vice versa for video games, as well as for other products.

This is because they are direct competitors that are constantly trying to keep up with each other. However, both Target and Walmart are also competing with other sellers of certain items, so you may see a difference in price on other products as they are trying to outprice a competitor elsewhere.

Meanwhile, both supermarkets offer their own in-house campaigns at different times of the year.

They also have loyalty schemes and rewards for customers, so being savvy and checking in regularly for deals at both Walmart and Target is the frugal way of acquiring the most videogames.

GameStop does not determine the price of a game, but they are a good resource for other supermarkets to estimate demand.

Where Is the Cheapest Place to Buy Video Games?

Undoubtedly, Amazon is the cheapest place to buy video games. Unlike supermarkets like Walmart and Target, Amazon is a global marketplace that has access to hundreds and thousands of retailers across the globe.

Amazon is able to sell a game made in China directly to a customer in the US. This can work out cheaper than buying from Walmart or Target who in this case is a middle man, who takes a cut of the profits.

Amazon is also a marketplace for secondhand sellers of games, that are always cheaper than buying brand new and are just as good in most cases. However, buyers should be wary of secondhand sellers and only buy from sellers with good ratings.

However, Amazon is not eBay. Sellers are vetted by Amazon and any faulty products are eligible for return, so Amazon is a safe resource for buying videos whether new or used.

Consumers buy direct downloads mostly for the convenience, I do not mind paying the higher price for older games as they get them instantly rather than having to travel out to a store..

Direct download games are usually between $5 – $15 more expensive than physical games after a few weeks or months have passed. So in some cases, direct download can be the same price as buying a physical game if you consider the potential cost of travel.

Do Video Games Go On Sale?

Video games frequently go on sale. They go on sale for the holidays, if a newer version of the game is released or when you pre-order.

Very popular games are usually on sale of discounted within weeks after their initial release date. You can also get bonus content as Premium Additions are released, often set at the same price as when the game was released initially.

It is always recommended to wait at least 2 weeks after a game release before buying. This way, you will likely never pay over $40 for a new game as opposed to $60 on release week.

Are Video Games Worth The Money?

Overall video games are very cheap when you average out the cost of gaming per hour. A $60 game that takes a user 6 months to complete works out at $10 per month for several hours of entertainment per week.

This amounts to huge savings when compared to other forms of entertainment, such as going to the movies or a theme park.

Can I Trade in My Video Games?

Target offers a Trade-In program whereby customers are invited to trade in old video games in exchange for a voucher or gift card. These vouchers and gift cards can then be used on other Target products or for money off another Target game.

This also applied to tablets, speakers, phones, and wearables – basically any other piece of tech except for TVs and Computers.

Walmart also runs a trade-in program for video games and Sams Club, which includes in-store and online trade-ins. You will receive a voucher for the trade-in amount which you can put towards another game or any other item sold at Walmart.