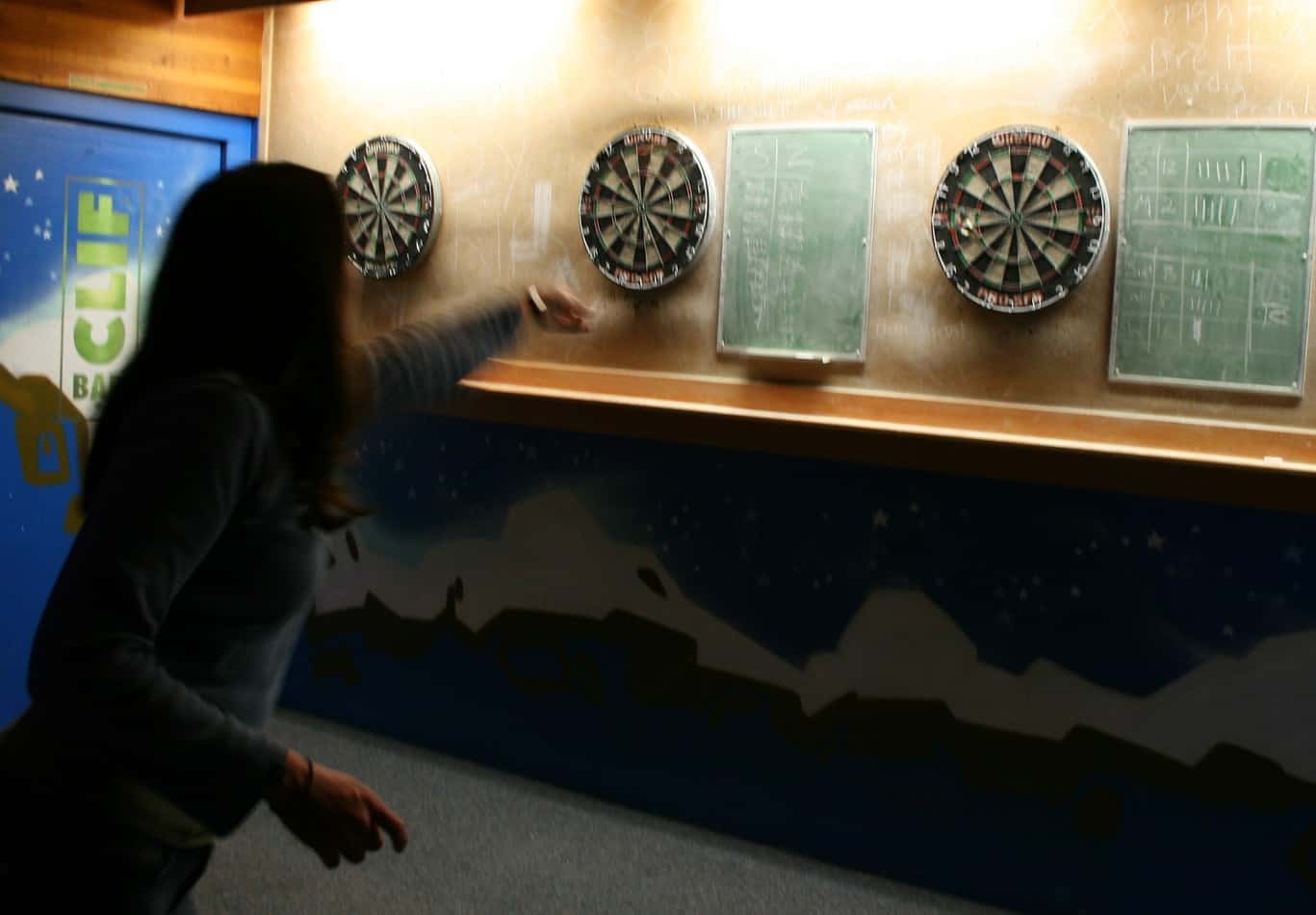 When you are pregnant, your doctor will most likely go over with you activities that aren’t particularly safe to perform while pregnant. Many of these activities include anything that can put you at risk for being hit in the stomach. Contact sports such as football and basketball should be avoided while pregnant.

Although darts isn’t particularly a physical sport, you may be left with wondering if it’s still safe to play. Can you play darts when pregnant? The answer to this question is yes, but you need to make sure the darts you are using are made out of a material that doesn’t contain lead.

Exposure to lead can increase the chance of having a miscarriage and other complications during a pregnancy. Lead is mostly absorbed into your body through your lungs and gut. It can even be absorbed through your skin, but in much smaller amounts.

Are All Darts Made of Lead?

No. Not all darts are made of lead. Most of the time, low quality or cheap darts contain lead. More expensive darts will be made of brass, nickel silver, and tungsten. If you are not sure whether or not your darts contain lead, you can read the labels for a warning.

When looking for a new set of darts, there may be a warning label telling you that the darts contain lead. If you cannot find any darts in your local retail stores, then you can look online for a nice set of tungsten darts like these by Cuesoul which you can find on Amazon. These darts are made of 90% tungsten and 10% nickel silver.

Use Soft Tip Darts Instead of Steel Tip

If you are still concerned with using a metal-tipped dart, then you can avoid it altogether by using a soft tip dart. Soft tip darts are made of plastic and do not contain any metal at all. Soft tip darts will work interchangeably on a bristle or electronic dartboard.

Using a soft tip dart as opposed to a steel tip dart will also decrease the risk of injury if an accident were to happen.

Play With a Magnetic Dartboard as a Safer Alternative While Pregnant

The safest way to play darts during pregnancy and still having fun is using a magnetic dartboard. Magnetic dartboards like this one from Amazon are cheap and come with everything you need to play.

Pros to Using a Magnetic Dartboard

A magnetic dartboard is a great alternative to playing darts while you are pregnant. The first benefit you have is that all the darts are made out of plastic with a magnetic tip. These darts do not contain lead which means you and your baby will be safe while enjoying one of your favorite pastimes.

Another benefit a magnetic board has over a steel or soft tip board is that it is much safer. The darts are lightweight, round, and have a flat tip. The risk for injury is substantially reduced.

The only practical way to be injured with a magnetic dart is if it were to fly into your eye. If it hits you anywhere else on your body, there won’t be anywhere near the damage as if you were struck by a sharp steel or soft tip dart.

Cons to Using a Magnetic Dartboard

If you are an avid dart’s player, then you may not be fully satisfied with playing magnetic darts. For one, they are not considered competitive. The lack of consistency when throwing magnetic darts can actually be a big drawback for competitive players.

If you’re a more casual dart’s player, then playing with a magnetic dartboard shouldn’t bother you at all in this regard. If you really want to play darts during a pregnancy and are worried about you and your baby, then it is highly recommended to magnetic darts.

Overall, it is generally safe to play darts when you are pregnant. A few key takeaways that you should take into account is playing with a dart that is not made out of lead, or just opting for a soft tip dart altogether to eliminate the risk of lead exposure as well as reduce an injury.

Also, stay clear of the dart path to avoid any accidental injuries that may occur while playing. This seems like an obvious precautionary measure, but when you are pregnant it can’t hurt to be a little more cautious.

Consider using a magnetic dartboard instead of a traditional dartboard. The darts are not made of lead and there is substantially less risk of being injured while playing.