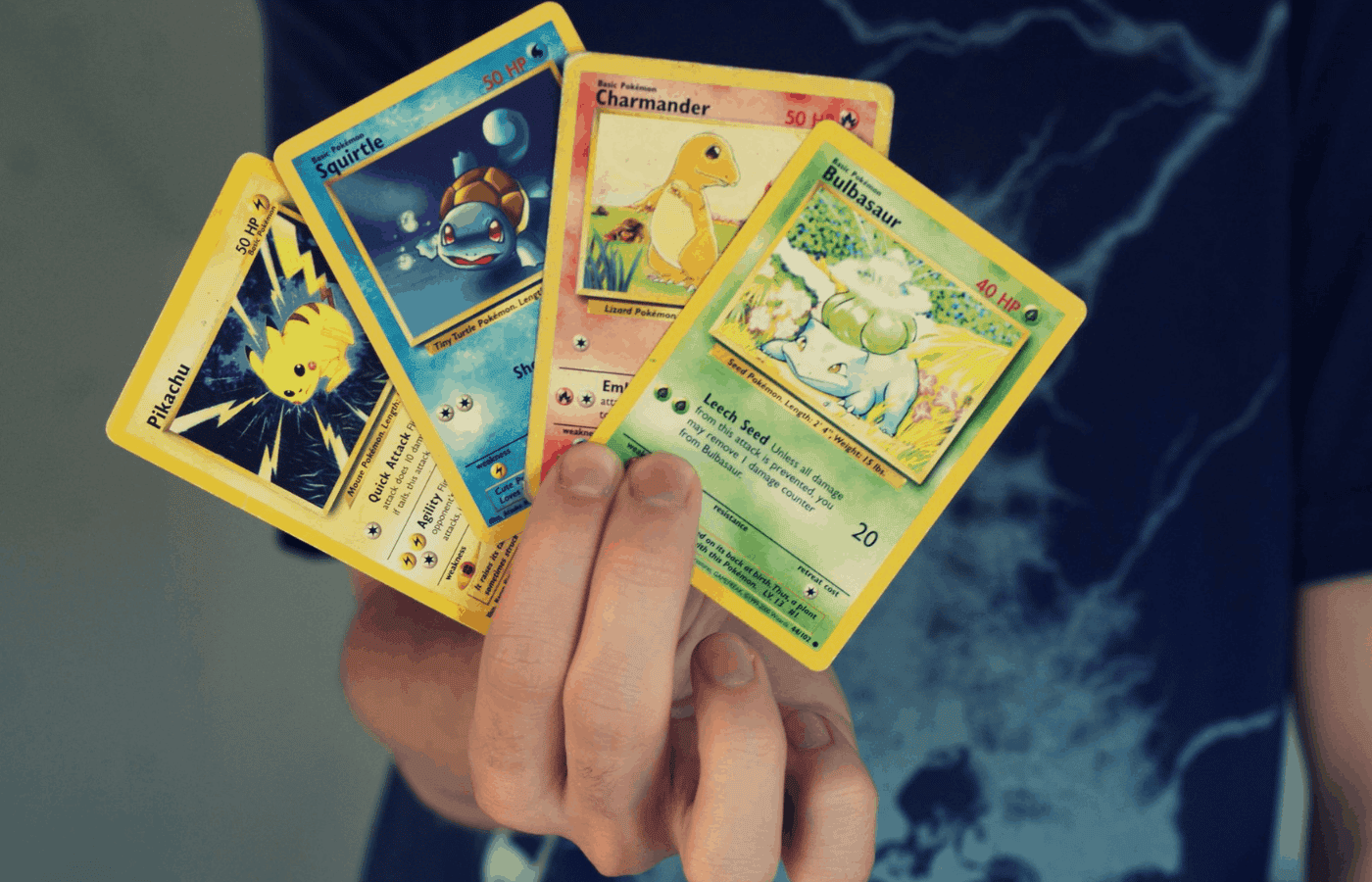 Despite being around for over 2-decades now, the Pokemon TCG is still enjoying a huge amount of popularity. If you have children, it will only be a matter of time before they ask whether they can play it.

Playing Pokemon cards requires recognition and cognitive skills that children younger than 6 can’t really participate in. Although, it really depends on the child and how developed they are with understanding rules and formats of how games work.

What Age Group Are Pokemon Cards For?

Despite what some people may think, Pokemon cards are suitable for just about everybody. Obviously, the simplicity of the game and the brightly colored artwork mean that Pokemon cards are often going to be seen as a children’s game. However, every year, people of all ages enter tournaments.

People at tournaments will be set up into different age groups. This way you don’t have to worry about your child playing an adult. At the time of writing, the age groups are as follows:

You may be surprised to know that the 15 and over matches, at least during the major tournaments, attract a huge number of viewers. We are talking about thousands upon thousands. So, don’t worry about your child being too old for the game at any point. This is something that they may end up enjoying for life!

However, you can take somebody under 6 to a pre-release event if you wish. This way they can get a bit of gameplay experience without the pressure of playing competitively!

Is Pokemon Good for My Child?

Not only is Pokemon incredibly fun to play, but it can teach some awesome skills too.

One of the main things that your child will be doing when playing with Pokemon cards is attacking the other player’s Pokemon. To do this, they will have to choose a ‘move’ listed on their card e.g. it could say something like Tackle 30. This would mean that the opposing player has 30 HP removed. Your child can learn how to do math like this.

The math does become a bit more complicated with the advanced cards, a lot of it may require multiplication or addition, but your child should be fine. You can probably keep a watchful eye over them just to be 100% sure!

On top of this, Pokemon requires a strategic mind too. The child will need to know when the right time to play certain cards is. They need to know the right moves to make, etc. As an adult that plays Pokemon TCG, when you can make a strategy work for you, the game takes on a whole other level. You will have a ridiculous amount of fun with it.

Your child is going to get to that point too. It may take a while, but they will eventually learn what the most awesome card combinations to use are, and this means that their game is going to get a lot better.

Remember, when your child is working on strategy, they are working on developing the way that their brain works. This is going to be important outside of the game too. Honestly, playing Pokemon TCG is an incredibly educational experience.

There are some things that probably will end up being a bit difficult for a child. We can’t imagine that there are many children out there that will be able to build their own card decks, for instance. However, the Pokemon company has released so many different pre-built decks that this probably won’t be that much of an issue.

Your child can just play with a standard 60-card deck. While they won’t be winning any tournaments with it, they will at least be having a ton of simple fun.

There shouldn’t really be any issues with six-year-olds playing the Pokemon TCG. A younger person probably wouldn’t be playing with all that much in the way of skill, but they are certainly going to have fun playing it.

You may need to keep an eye on your child while they are playing. The rules for the Pokemon TCG are simpler than other TCGs, but they have been shaken up in recent years which adds a bit more complexity to the game e.g. GX cards and the like. However, we reckon that your child will be able to wrap their head around those rules too.

The only time your child is probably going to have a small amount of difficulty with the game is with the math part. However, once they know how to do basic substractions, additions, and multiplications then they should be fine!

How Can You Check Whether Your Child Is Ready to Play Pokemon TCG?

There is a rather simple way to check whether your child is ready to play the Pokemon TCG. Like most card games, there is a digital version of the game. It can either be played on a tablet computer or your standard computer.

Unlike most digital card games, this one is virtually free to play. You can’t actually purchase Pokemon cards inside of it. If you have ever bought Pokemon cards for your child in the past, then you will notice that there is a small card inside.

This card has a code on it that allows you to receive a booster pack or deck in-game (depending on what you have bought). However, the game also gives you a ton of free decks if you don’t want to spend any money.

The Pokemon TCG digital game is full of tutorials that your child can go through. When they are done, they can play real people online (they will be matched with somebody similar to their skill level) which means you can keep an eye on them and work out whether playing with Pokemon cards is right for them.

If you want to keep your child away from computers, then you can also purchase training decks of cards. These decks are pre-arranged with a cool little user guide that lists the exact order the cards should be played in the deck.

Once the child understands the rules, everything can be shuffled and you can start having tons and tons of fun with them. A new trainer’s deck (often known as a Trainer’s Kit) is released every few sets of cards, so you shouldn’t have too many issues tracking them down.

Children can start to play with Pokemon cards from around the age of 6, earlier if they are good at math and other cognitive skills. There is no real age upper-limit either. Most major tournaments will have adults competing (although, not alongside the children).

This is a game that is both simple and yet still boasts a wonderful amount of strategy. Your child will love it. In fact, you will probably love playing it with your child.

If you are both starting out, it’s best to purchase a trainer kit that comes with instructions as well as enough cards to play so you and your child can get the basics down.