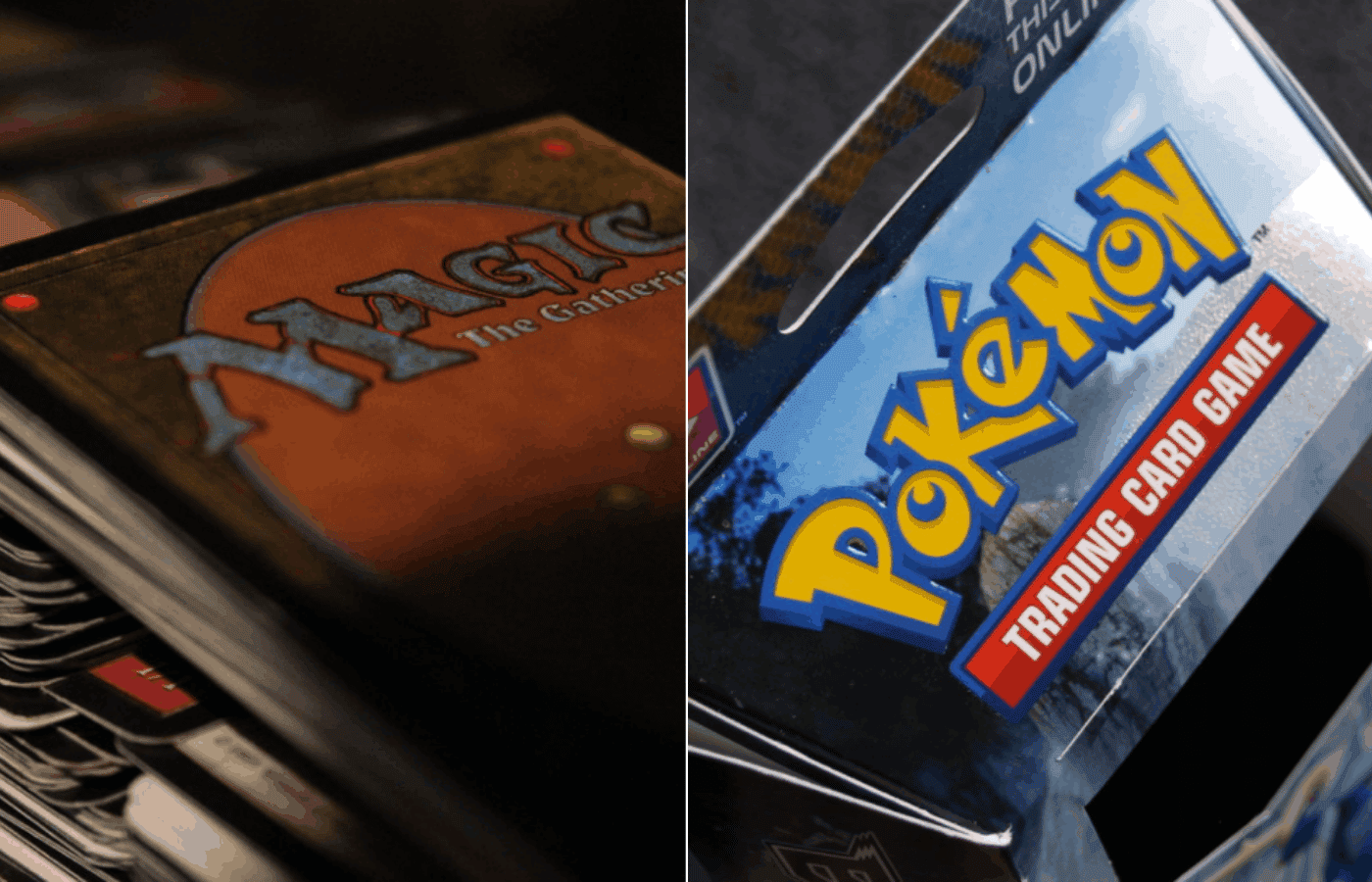 Magic the Gathering and the Pokemon Trading Card Game are the two most popular trading card games in the world. This often leads to people asking what the better game is. Hopefully, we are going to be able to answer that question on this page.

The truth is, it is going to be dependent on who you ask. There are some people that absolutely love the complexity of Magic the Gathering and the huge number of cards that you have available to play with. There are others that prefer the simplicity of the Pokemon TCG. Both of them are incredibly fun games to play, and the way in which they work is very much the same.

Let’s expand on this idea a little bit as we discuss the idea of Magic the Gathering and the Pokemon TCG in a bit more depth, shall we?

Is Magic the Gathering a Better Game Than Pokemon?

Both Magic the Gathering and the Pokemon Trading Card Game have the same roots.

There are some that would argue that Magic the Gathering is a far better game due to the complexity involved. We agree with that. Thousands upon thousands of MTG cards have been printed, and they all interact with each other in different ways. It is crazy the number of card combinations that you can come up with like that.

Pokemon doesn’t have the same sort of complexity. There are card combos, but they are rather simple and you often won’t see them used outside of the tournament setting.

Is Magic the Gathering Worth More Than Pokemon?

Magic the Gathering cards do tend to be worth a lot more than Pokemon cards. There are a couple of reasons for this.

Firstly, because Magic the Gathering is a game that trends toward the more adult crowd, there is a lot more disposable income floating around. The more money that people have to spend on cards, the more those cards are going to be worth. There are some individual cards that could command hundreds, if not thousands, of dollars.

Secondly, almost every single Magic the Gathering card has a sanctioned tournament that it can play it. You have standard, modern, vintage, pauper, commander, etc. This means that cards do not really lose thier value as long as they remain playable.

The Pokemon Trading Card Game only has standard play i.e. the last few expansion packs. While there are some groups that play with older cards, these are not really sanctioned tournaments. Pokemon only really promotes thier latest sets. So, as soon as a card leaves standard, the value will drop. The only exception to this rule seems to be Charizards. They are always going to be awful cards for standard, but due to the allure of having a Charizard, they have always held their value pretty well.

Does Magic the Gathering Have More Players Than Pokemon?

This is actually a tough question to answer as neither really talks about the number of players that they have.

If we had to answer, then we would say that Magic the Gathering has more actual players than Pokemon. This means people that are playing the game on a regular basis. You can thank the use of Friday Night Magic for this.

When it comes to the actual collecting of the cards, it is likely that Pokemon and Magic the Gathering are closer than you may think. It seems that the bulk of the people that actually buy the Pokemon Trading Cards are buying them because they want the excitement of collecting cards and nothing more than that. They are not looking to actively play with them.

If you are looking for a game, then Magic the Gathering is always the route to go down. It doesn’t matter the size of your town or city, it is virtually guaranteed that there will be some people playing Magic the Gathering there. The same can’t really be said for Pokemon.

Because people are buying the cards but not playing the game, it can be tough to actually find places that want to run regular Pokemon events, particularly if you are an adult. In fact, the only time that you can really find Pokemon events is during presales.

Is Pokemon Better Than Magic the Gathering for Children?

The one area that Pokemon really does shine is the fact that it should be easy to teach to children.

Even adults struggle with the rules of Magic the Gathering on occasion. Head to pretty much any Friday Night Magic and there will often be a debate over the rules. This is because there are so many keywords and card combinations that some people do not even know how things work nowadays.

With Pokemon, it is pretty straightforward. Sure, there are some complex card combinations here and there, but nothing that is going to be completely mindblowing. It is just a bit of simple math. For the most part, Pokemon tries to stick to multiples of 10 when it comes to damage too. This means that most children should be able to work out the problems in their heads.

Pokemon also produces several products designed for teaching children how to play the game. It walks them through, step-by-step, a structured game so they know exactly what they need to do. If a child knows how to follow instructions, then they will be able to pick up the game rather easily.

It is impossible to say that Magic the Gathering is better than the Pokemon Trading Card Game, because a lot of it is going to be highly dependent on what people want when they play. For some, the ability to make complex decisions is fantastic. MTG is the best option there. For others, they want a simpler game that works well for children. Pokemon is going to be the best option for those people.

Rememer, the Pokemon Trading Card Game is actually based loosely on Magic the Gathering, so it could make a great stepping stone for those that want to learn MTG later on.

For now, we recommend that you watch a few YouTube videos of each game and see how they play out. Both games have free online options that you can try too. This should help you to discover which game is going to be the most fun for you to play.