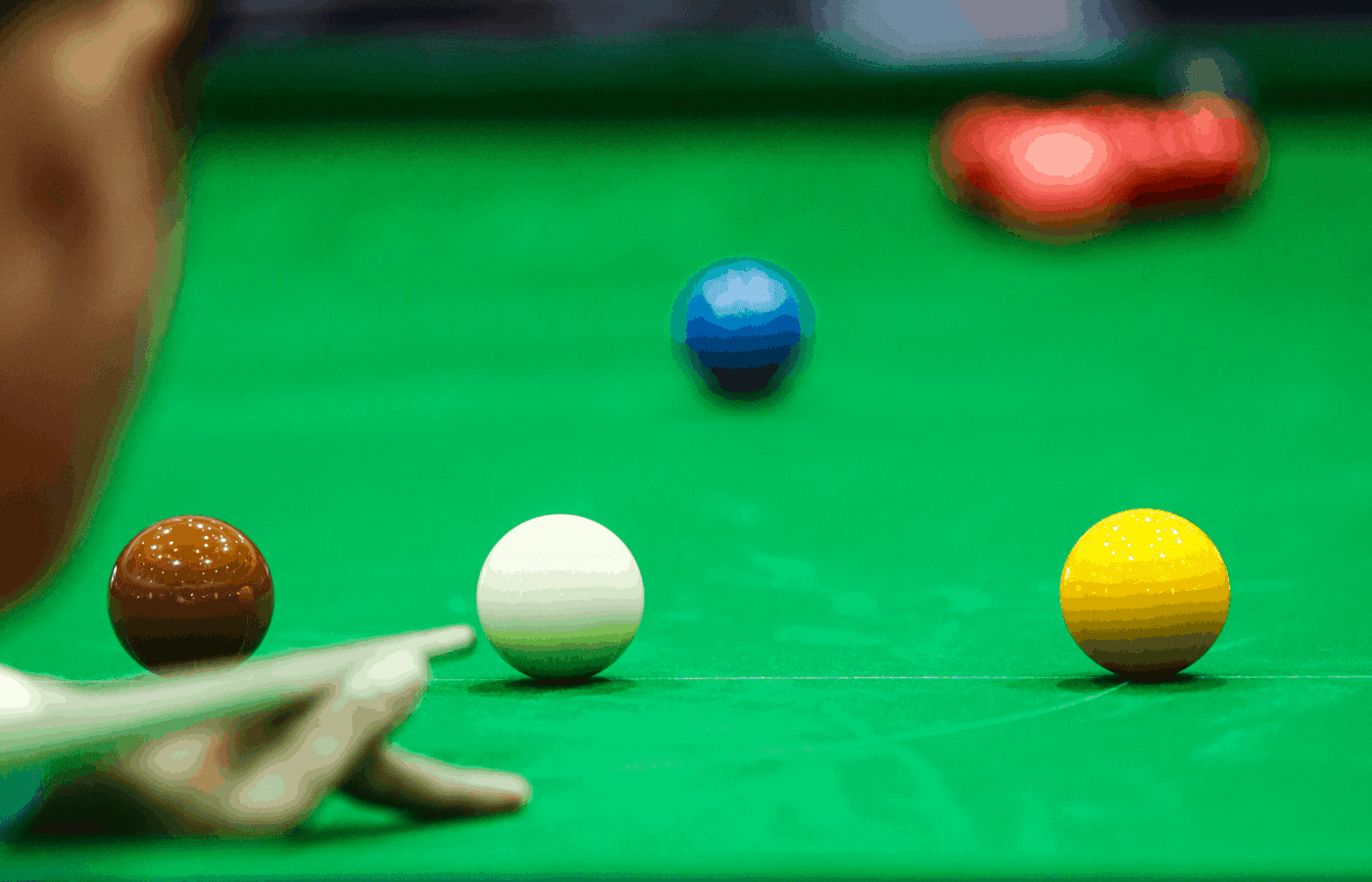 Have you ever wondered why snooker players call a colour before they take certain shots? Wondering what the rules state will happen if they do not? We are going to answer these questions, as well as a few more, right here for you.

Why Do Snooker Players Nominate a Colour? Because it is in the rules. The rules state that before taking your shot, you must audibly state the colour ball that you are aiming for.

When you pot a red ball in snooker, you will then have to pot a coloured ball. You can select any one of the coloured balls on the table.

It is likely that this rule was introduced to help make snooker a more skillful game. Anybody could hit a cue and potentially pot a ball on a shot. All you need to go is to get lucky.

This rule helps to prevent people winning a game of snooker based upon luck. Well, at least reduce the chance as much as possible. When you are calling a colour ball you are looking to pot, it is a strategic call. You are saying “I am going to pot this ball and not any of the others on the table”

Whether this was the intention of those that came up with the rules we do not know. However, since a similar rule exists in other billiards games, we will assume that this is the reasoning.

Why Does the Referee Repeat the Name of the Nominated Colour?

This is just to verify the colour called. If the referee repeats the wrong number to the player, then the player will have the opportunity to correct them.

In professional snooker games, the referee will often repeat the colour back for the audience’s benefit.

There is nothing in the rules that requires the referee to repeat the colour back. So, if you are playing snooker with a referee and they do not say anything when you nominate the colour, it doesn’t matter too much. You just need to hope that the referee got whatever you said correct!

What Happens if the Player Fails to Nominate a Colour?

In most cases, nothing will happen.

While the rules do state that the player should be naming a colour before they take a shot, it is not a requirement unless it is not immediately obvious which ball a player is meant to be hitting. For example, if it is clear that a blue is the only shot that a player could be making, then they do not need to say that they are aiming for the blue.

Players will never have to announce that they are aiming for a red.

In snooker, if the player fails to announce the ball they are aiming for when it isn’t immediately obvious, then it will be deemed to be a foul shot. This applies even if a ball was potted. Play will then be handed over to their opponent.

If you are unsure about the rules in your snooker game, then ask your opponent or, if you have one, the referee.

What Happens if the Player Hits the Wrong Colour?

The same rules as not nominating a colour apply.

If you hit the wrong colour, or you pot the wrong colour ball, then it will be deemed a foul. Play will pass to your opponent. In some cases, you will also have to deal with penalty points.

The same applies to ‘lucky’ shots. For example, if you call the blue and a fluke bounce hits the pink into the pocket, a foul is called. You didn’t have to intend it. All that matters is that it happened.

In rare cases, the referee can also award the frame to your opponent. However, this is more if you hitting the wrong colour seems to be unsportsmanlike contact. For example, if you said that you were aiming for the pink and you launched a full-on shot on the blue that is in a completely different area to the pink, then the referee may call that frame against you.

Why Are Colours Sometimes Declared as Red Balls?

On very rare occasions, you will sometimes see players declaring certain colours as a red ball. While the basis of this is slightly different to colour nomination elsewhere in the game, we do want to talk about it. This is because many players do get a little bit confused about this rule.

If a foul occurs before any ball on the table has been potted, then the rules about potting balls will change ever so slightly for the next shot.

The opposing player (i.e. the one that didn’t commit the foul) is able to declare any ball on the table as a red ball. So, for example, if a pink ball is sitting over a pocket, they can state that this is a red ball and it will be potted as such. It will be worth one point when this happens, just like a normal red ball

Interestingly, if this situation happens (which is very rare) the maximum break for the frame goes from 147 to 148. The chances of hitting a maximum break of 148 is tiny. So small that only one player in a tournament setting has ever been able to achieve it.

Can You Renominate a Colour?

There is nothing in the rules of snooker that will prevent a player from renominating a colour. Therefore, if a player calls a colour and decides that this is not the shot that they want to take, then they can just inform the referee. As long as the new colour is nominated before the shot is taken then everything should be fine.

Nominating a colour is part of the basic rules of Snooker. It’s a good habit to always nominate the colour of a ball before hitting it. Another thing to keep in mind is you are not stuck with the colour you nominate. If you change your mind, you are able to re-nominate a colour before taking your shot.

Colours in snooker are nominated to make snooker more of a game of skill. While you will not always have to call a colour in snooker, it is worth getting into the habit of doing so.

If you don’t, then you may miss a call and this can result in a foul with penalty points being issued against you.