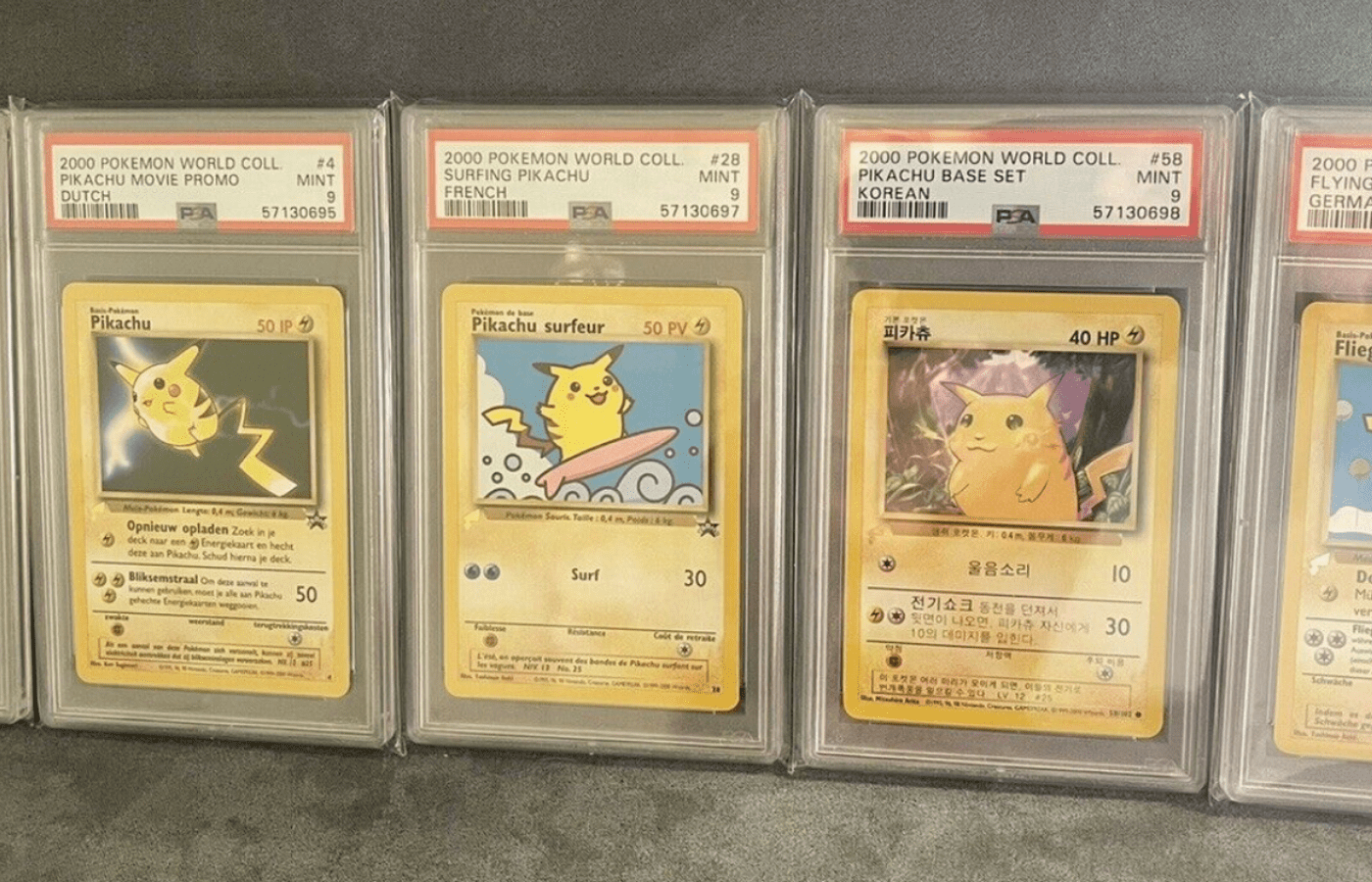 Over the years, the trading card industry has taken a turn for the worst. People want to get top dollar for their baseball, basketball or football cards. Therefore, conmen have devised innovative ways to trim and doctor the images. Yu-Gi-Oh and Pokémon cards have compounded the issue to boot.

So, it raises an important question, “will PSA grade a fake card?” Unfortunately, yes, they will. While they don’t generally accept fake cards, they do sneak in from time to time. Plus, PSA has an iffy history with honesty about grading fake cards.

The company officially states that they do not grade fake cards, going as far as to say they take great pains to ensure they reject any forgeries. They even have a place on their website recalling fraudulent cards they previously graded. However, it does indicate that they very much do grade fake cards.

Yes, PSA can detect fake cards. They should do this within the first step of the grading process. When they receive the card, it undergoes evaluation for authenticity. It is here where they should be able to detect whether the card in their hands is fake or not.

While PSA doesn’t state how they detect fake cards, they assure us that their qualified experts evaluate each card with a keen eye. In fact, on their trading card grading standards, they reject any card showing evidence of restoration, colorization, trimming or any type of tampering. This includes cards of “questionable authenticity,” also known as fake cards.

How Can You Tell if a PSA Slab Is Real?

Every PSA slab that comes with a grade will also have a certification number. You can search for this certification number right on the PSA website. They have a specific area for people to run such numbers to verify a slab. This is also where they keep a databank of recalled cards because of false authentications.

However, you may not have the chance to run the numbers. This will be particularly true in the case you’re looking to purchase one from an online seller. So, you need to exercise a little discernment. When first approaching a seller, be sure to ask or get the following information:

For the most part, PSA is reliable, but they do have something of a shady past in regards to accepting fake cards. So, while a grade for a bona fide card is reliable, it’s difficult to trust if so many fake cards can get past their expert evaluators.

PSA’s fame and popularity started on a provable fraud. Shortly after PSA began in 1991, Wayne Gretzky submitted a T206 Honus Wagner. PSA gave it an 8 near mint-mint. However, it soon became public knowledge that the card underwent doctoring. The initial grader later admitted his knowledge about the altering. To this day, PSA keeps it at 8.

Even today, there are some people who show on YouTube videos and online forums how they have a fake card graded authentically by PSA. But the most recent scandal in this regard happened in 2019. It’s a long story.

However, a card doctor made a killing off of selling a payload of fake cards to one of the largest online Ebay retailers. One card sold for $2.88 million but it was a fake. They accepted thousands of cards like this that had official PSA grading.

PSA is skirting the responsibility on the issue. What compounds this is the fact Collectors Universe, the parent corporation of PSA, doesn’t have enough money, assets or insurance to cover the difference.

As a matter of fact, there’s been a huge dip in trust after this scandal. Most people no longer trust PSA and often go with one of the other grading organizations.

Also, their grading practices are questionable. CEO of Collectors Universe, Joe Orlando, admits that the grading process takes all of 30 seconds. This isn’t nearly enough time to evaluate with certainty a card’s authenticity or really get a good look at a card’s imperfections.

While PSA stands by its claims they don’t grade fake cards, it’s not necessarily a reliable statement. They have a history of grading fake cards and gained popularity via a doctored one from Wayne Gretzky. PSA still maintains its grade 8 even though it’s a proven forgery.

It’s unfortunate though. For the amount of money people pay to get cards graded, you’d think there would or should be consistency. Regardless, it gives a baseline on what a card is worth. But how trustworthy that guideline will be is shaky.

This is simply the reality of the trading card industry of today. So, your best defense against a fake card is to learn to grade things yourself.