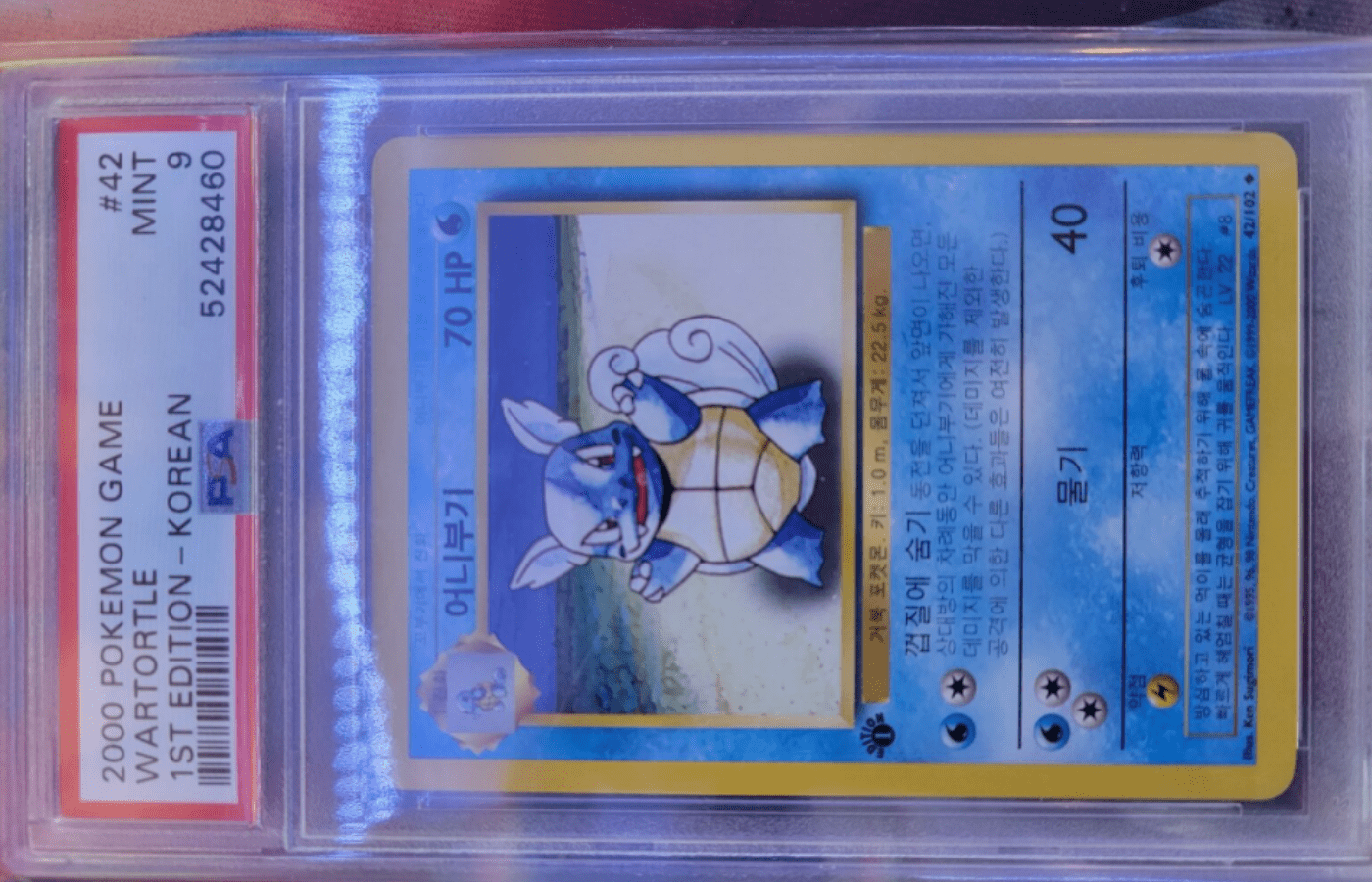 Over the last couple of decades, Pokemon trading cards have taken the collecting world by storm. And these days, the American or Japanese ones cost exorbitantly more, especially the booster boxes. With more people purchasing Korean cards, it’s starting to gain curiosity in regards to grading.

Does PSA grade Korean Pokemon cards? They do, but they relegate it only to the base cards or a few from the Sword ; Shield Shiny Star V. This is because it falls under their grading rules for “foreign cards.” What’s more, Korean cards tend to have other ones in their packs that aren’t comparable to the American or Japanese types.

But, even though PSA is iffy in the way of Korean Pokemon cards, it doesn’t mean other grading organizations won’t grade them. TCG or BGS often do. Since the Japanese and American ones are coming to a screeching halt, it’s very much worth it to get them graded,

Can You Grade Korean Pokemon Cards?

Yes, you can grade Korean Pokemon cards. However, it’s probably better to go with TCG or BGS. It seems that more people have luck with them over PSA. PSA will usually grade any of the following base character cards:

Should You Grade Korean Pokemon Cards?

Yes, you should grade Korean Pokemon cards. If you have one you know is highly desirable, such as an original first edition character card, then you’d be kinda dumb not to. Likewise, when you have a character card that falls in line with grading standards and guidelines, definitely get it graded. It certainly won’t hurt.

But, before you send them off to some place like PSA for an official grade, you want to make sure the card is pristine. PSA will not grade things like trimming, re-coloring or any other kind of tampering. Check the following for the quality that most grading organizations focus on:

Yes, they are worth money. Not just a little money either, sometimes they can be worth as much if not more than American or Japanese ones. But, only the base cards will come with a grade, if there is any. So, it will depend on the type of card you have.

No Market for Korean Cards

The reason for this is because there isn’t a market or designated sales area for Korean Pokemon cards. It’s not about the quality or the condition of the Korean cards. They don’t follow the same set rules as American or Japanese. Korean cards are, therefore, out of the loop for the most part.

That said, there are some cards that aren’t as clear or crisp among the Korean sets as they are the American or Japanese ones.

But, if it’s a base character card, PSA will grade it. However, they tend to be worth less money than Japanese or American ones.

For instance a Korean Pikachu card values at around $30. But the Japanese one can be worth as much as $338. However, there are certain rare Korean Pokemon cards, only found in Korea that are upwards of $150. And yet, the Korean 2000 first edition Charizard recently sold for $40,000. This is because of their rarity and how sought after they are.

While PSA will grade some Korean Pokemon cards, they won’t grade them all. This is basically due to the lack of a market present that can abide by the differences between Japanese and American versions. Some people mistakenly believe that Korean cards are poorer quality, but this simply isn’t true.

There are some Pokemon cards from Korea that give the Japanese and American versions a run for their money. Plus, Korean cards will base their production on the Japanese. But they have a number of cards not available in Japanese or English. However, this is what makes some of the Korean ones very valuable and sought-after.

Send your cards into PSA or some other grading organization. It can’t hurt, especially if they’re much desired and in excellent condition. But, you may want to contact PSA prior to sending them to make sure they’ll take them. Some people do report mixed results and receive varying responses.