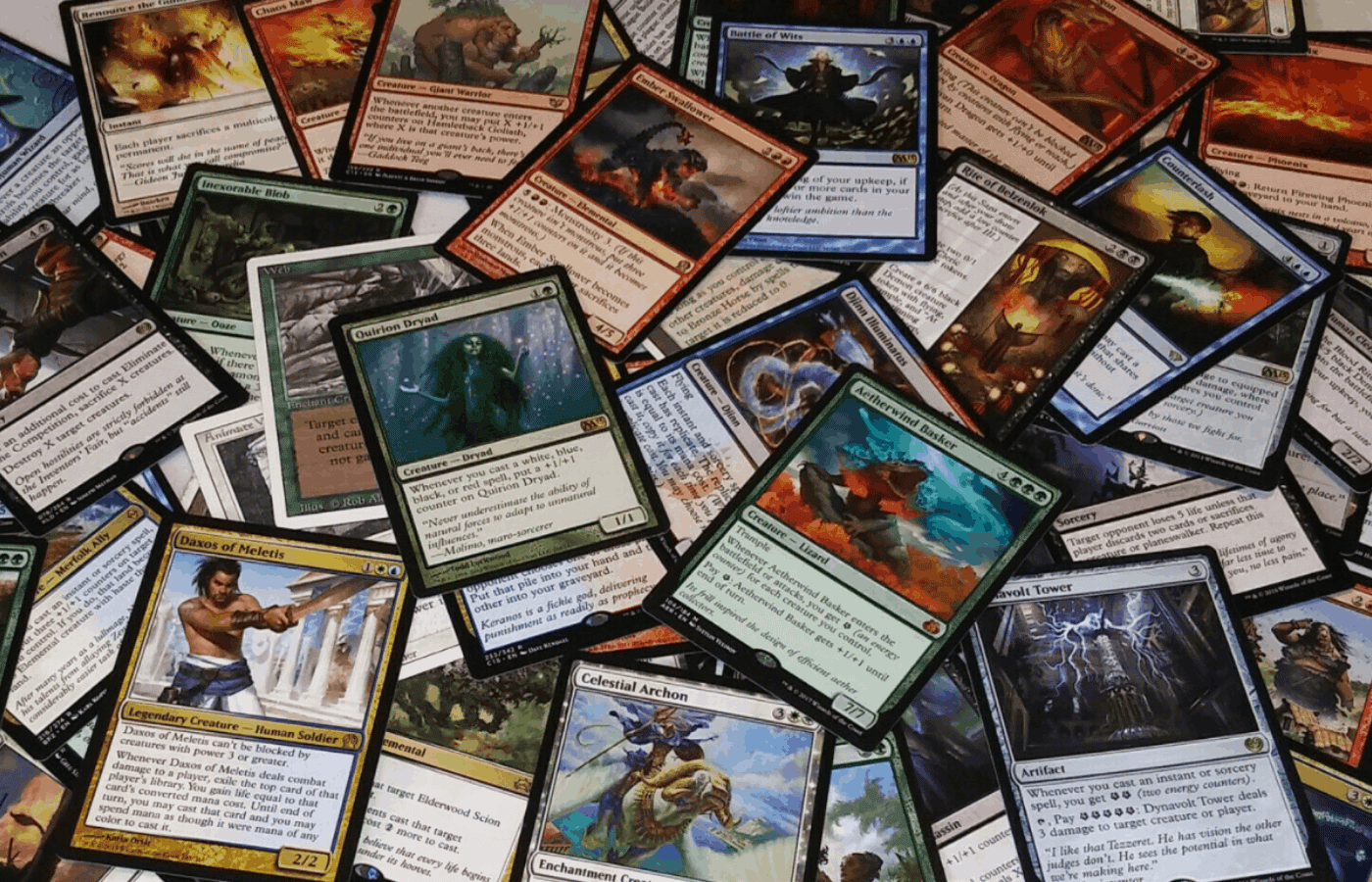 Magic: The Gathering is a popular tabletop trading card game, that is commonly known as Magic or MTG, and it boasts over 35 million players worldwide.

Since its release in 1993, billions of MTG playing cards have been printed so it’s understandable why some people may want to recycle or get rid of unwanted cards. Unfortunately, Magic The Gathering cards are not recyclable.

This is a frustration for many players. Although the game has been digitalized in recent years, the original handheld version of the game is still hugely popular. Players with duplicate cards often find themselves amiss about what to do with spare cards.

What Is Magic the Gathering?

Magic: The Gathering (MTG) is a trading card game that has a complex set of rules. The objective is to battle it out with your opponent by spending resources available on the drawn card. Resources come in the form of mana, spells, and other abilities or items. Each card has a different set of resources and some cards are more powerful than others.

MTG is considered to be the first trading and collectibles game, with players choosing cards from their collection to do battle. Players Draft cards for each opponent, meaning they select 60 cards for active play from their entire catalog for each battle.

Why Would you Want to Recycle MTG Cards?

Numerous expansion decks of MTG are available for purchase, so you can wrack up a pretty hefty library of cards fairly quickly. Due to the nature of the game, you as a player could find yourself with thousands of cards, some players having over 10,000!

Players often find themselves with lots of duplicate cards which can clutter up their collection. If you are reaching the storage limit in your card library, it may be time to give your game cupboard a spring clean and get rid of unnecessary cards.

Also, MTG cards do expire. Since the game has been running for so long, older cards are not ‘standard’ for the modern game and can no longer be used. So, if you’re an MTG player you may want to check the ‘legal’ list and discard any illegal cards.

Considering these points, you may be asking what you can do with unwanted MTG cards since they are not recyclable. Below are a few suggestions for getting rid of illegal and duplicate MTG cards.

How to Get Rid of Old Magic the Gathering Cards

Yes, there is a market for selling second have MTG cards, either individually or in a group. You can either visit your local games store who may buy some back for a few dollars, or you can sell them directly to other players, either online or face to face.

However, not all MTG cards are worth trying to sell. The game consists of common, uncommon, and rare cards, and game expansion packs give players a variety of each. Players and games stores probably won’t purchase common cards, but if you have some good uncommon or rare cards to sell, you could get a bit of cash.

Donating your cards is a good way of getting rid of unwanted cards and helping others at the same time.

Some local game stores have card ‘bins’ where players can drop all sorts of unwanted cards from various trading card games. The stores will often re-pair the cards to their respective games and once they have a whole secondhand deck, they will make the game available to borrow for free in-store or donate them to worthwhile causes.

You can also donate directly to the source. Children’s hospitals and social service centers love to receive free card games or cards, even if the players are too young to understand the rules. MTG cards have a unique and beautiful design that children love to play with, often making up their own rules to play for fun.

If you do wish to donate to a children’s ward or charity, it’s probably best to save up your unwanted cards until you have enough to give to make up a game.

Give Away to Friends

Got a friend who is interested in the game and might want to play? If you keep your old cards you will soon enough have a starter deck that you could give to a friend for free. If they take to it, then you have another MTG enthusiast to play with. They, in turn, may save their old cards and give them to someone new, keeping the Magic moving forward!

Just because Magic: The Gathering cards aren’t physically recyclable, it doesn’t mean you can’t use them for another purpose.

Here are a few additional suggestions for making the most of your unwanted MTG cards:

Magic: The Gathering has printed billions and cards since its release in 1993. During 2016 the game surged in popularity as a new generation of players discovered the game. As a result, more cards are being produced faster than ever, and are in constant circulation.

There’s an endless amount of things you can do with unwanted Magic: The Gathering cards if your willing to get a little creative. At the very least you can sell or donate them so someone else has use of the cards you no longer need.

If you carry your cards to public venues and have them out on tables, your cards can get damaged or lost. So, before you go throwing away all of your duplicates, be sure to have some copies in storage so lost or damaged cards can be replaced, your card library will thank you for it!