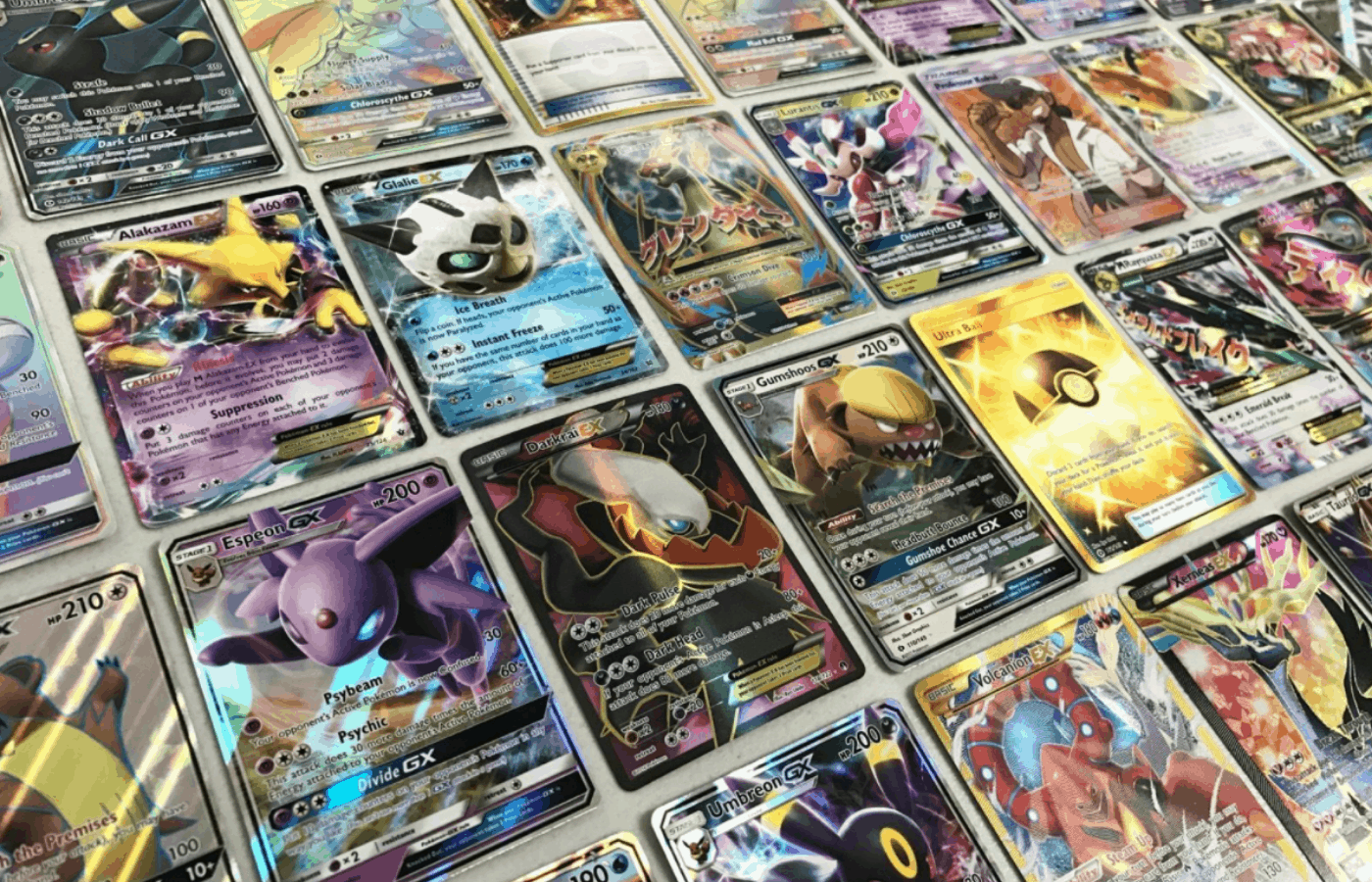 If you head on eBay, you will no doubt notice that there are countless bundles of Pokemon cards for sale. You aren’t told what is in the bundle. They are just sold as lots. So, are Pokemon card lots worth it? Let’s take a look!

Let’s expand upon this a little bit, shall we? Let us try and answer some of the more burning questions that people have about Pokemon cards.

Are Ebay Pokemon Card Lots Worth It?

If somebody is selling a Pokemon card lot on eBay, then they likely will have removed cards that have any sort of value from the lot. This means that you probably going to be buying a ton of commons, uncommon, and basic rares. There will likely be a few energy cards thrown in for good measure too.

This means that if you are actually planning on making money by buying a lot of Pokemon cards, then think again. Even on the off-chance that there was some card of value in there, you can expect it to be in poor condition. Basically, you shouldn’t be expecting to buy one of these Pokemon card lots and whipping out a PSA 10 Base Set Charizard. Life doesn’t work that way.

That being said, they are only not going to be worth it if you are looking to make money. If you are planning on buying some Pokemon cards that your child can play with, then chances are that buying an eBay lot is going to be one of the best routes in. The cards are not going to be of a high value.

They are likely going to be coming from different sets too. However, your child will probably find cards of their favorite Pokemons in there, and that is probably going to put a smile on their face. Most children don’t really care about the value of their cards, after all.

Are Pokemon Lots Worth It?

What about away from eBay? Are the lots going to be worth it then? Well, a lot of it is going to be dependent on where you are buying the cards from.

You are going to be running into the same issues that you would get if you bought them from eBay i.e. the best cards will have been taken out and you will just be buying a bundle of cheaper cards. This means bad for making money, but awesome if you are looking for fun for your children.

This is because most of these lots are going to be sold by people that don’t really know what they have. The cards will likely be in bad condition, but even some cards in bad condition can hold a little bit of value.

The best way to get rare and valuable Pokemon cards is from booster boxes. We recommend going with the most recent series of booster boxes. To check the current price and availability of Pokemon Booster Boxes, click here to view the selection on Amazon.

It is almost always going to be a mix of different Pokemon card sets. Unless explicitly stated, we don’t think we have ever stumbled across a lot of Pokemon cards that comes from a single set. The only ones that ever seem to appear are when it states something like “all commons from this set”, etc.

In most cases, the cards are going to be a mix of commons and uncommons. In many cases, you may find some energy cards in there too. However, this is something that does seem to be a little bit rarer nowadays. It seems that, in many cases, lots don’t include energy cards.

This is because Pokemon booster packs don’t really include energy cards nowadays. In fact, there are very few sources for them. As a result, energy cards are in high demand and you will often find that they are sold in lots on their own.

The commons and the uncommon cards will include both trainers and stadiums.

You will have some rare cards on top of that. However, these rare cards are likely going to be some of the ‘worse’ rare cards i.e. the ones that didn’t really hold any value. So, you probably won’t find a holo Charizard or Tapu Lele GX in a lot because they were exceedingly rare and held value.

You will likely find holos in there. Since all packs will contain a reverse holo nowadays, then expect them to be in the lot somewhere. However, again, it is likely that it will only be a common or an uncommon reverse holo. The rare holos would have been taken out.

As we said before, the rules for this are going to be completely changing if you pick up your lots from a garage sale. You may even find a rainbow rare in those! However, for your average eBay lot, you are never going to be getting that lucky. Most people on eBay know exactly what they are selling.

How Much Do Pokemon Cards Sell For on Ebay?

This is a tough question to answer. This is because the price for individual cards can vary based upon the rarity and the usefulness of the card. So, a lot of 100 commons may cost you a few dollars. However, if you decided to purchase an individual rainbow rare card, then it could cost tens of dollars.

For the most part, it seems that Pokemon cards on eBay tend to hold the market rate. This is because the bulk of the people that are reselling the cards are going to be professional resellers so they know the price that they will sell for. Gone are the days where you are going to be able to get huge bargains on sites like eBay.

In most cases, it isn’t worth buying a Pokemon card lot on eBay. You are never going to be getting decent cards in them. The seller would have likely removed them from the lot.

The only time where you may find value in some sort of Pokemon card lot is if you are buying the cards from a garage sale where the seller may not have any idea of the worth.

No matter what happens, do not expect the Pokemon cards in the lot to be in good condition. Most have been well played with, or not really stored properly.