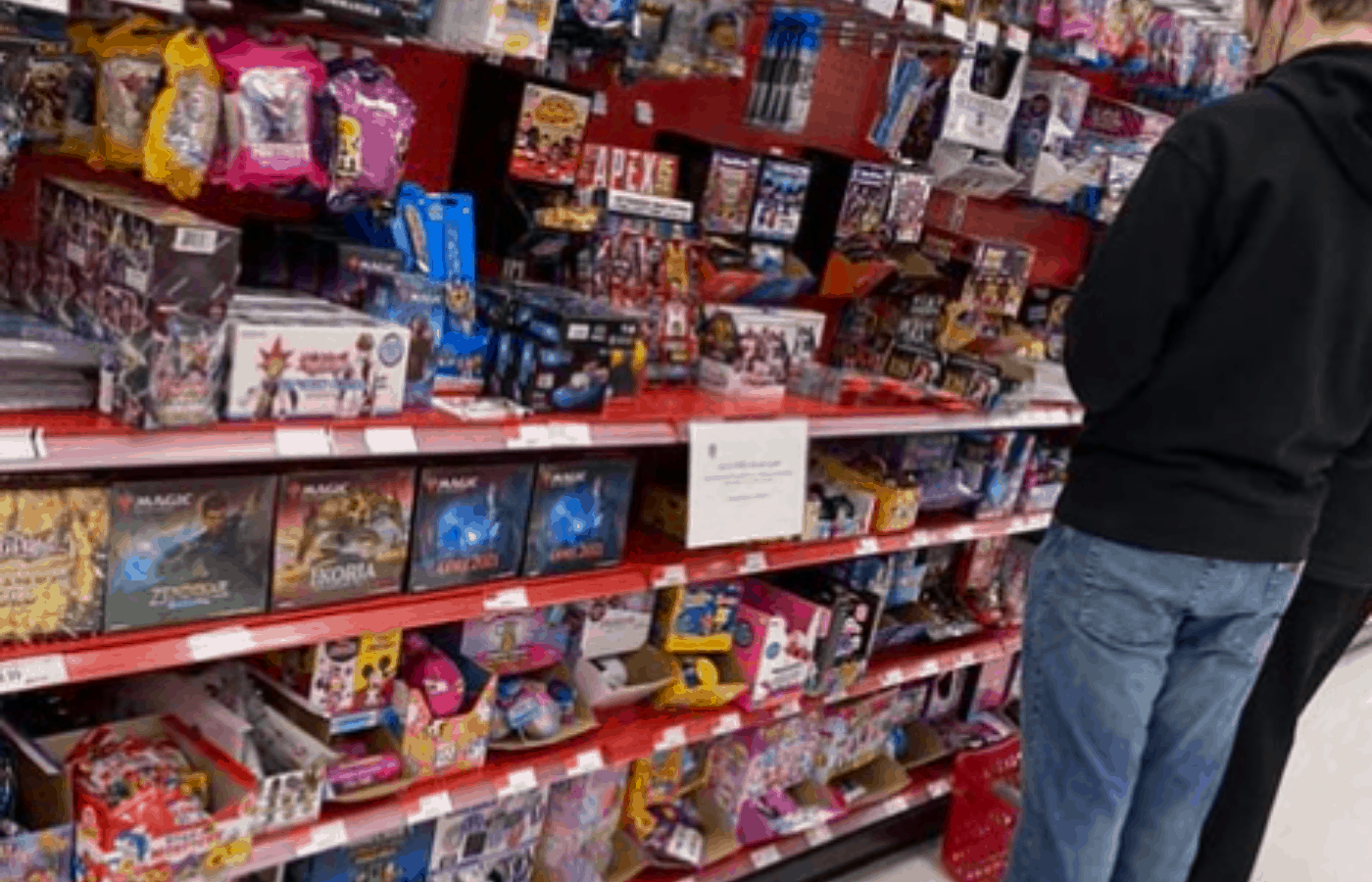 Collecting baseball cards is a timeless tradition handed down to many of us from our parents and grandparents. It’s something we fondly remember doing when we were growing up and may be starting to do with our own children.

Two of the most convenient places to buy baseball cards are Target and Walmart. A problem arises when there aren’t any available at either store. You check back, and there’s still nothing. Target and Walmart restock their sports cards from Monday through Friday, usually between 9:00 a.m. and 3:00 p.m. The answer for “how often” is a little trickier because stores are varying this now.

This article is about the restocking of baseball cards at Target and Walmart, two of the largest retailers of sports cards in the U.S. Keep reading if you want to know more about when the retail giants restock baseball cards and why it might be tougher than you thought to figure out.

Why Are Restock Patterns for Baseball Cards so Tough to Figure Out for Target/Walmart?

You may have noticed it’s hard to nail down a pattern or schedule for when baseball cards are restocked at Target and Walmart. You can find comfort in knowing it’s not just you.

It’s tough to figure out because the powers that be don’t want you to. How many collectors would be there waiting for the restock of the baseball cards if they knew when it was going to happen? Avid fans of the hobby would buy everything available before the majority ever even knew they were there.

These stores vary their restock schedules for sports cards. That way, they can keep some on the shelves for longer. More people get a chance to buy baseball cards. That results in more happy customers.

To view current prices and inventory stock of blaster boxes, click here to check them out on Amazon.

How Do I Buy the Most Baseball Cards From Target and Walmart?

With such a varied restock schedule, it can get frustrating, when you’re trying to build your sports card collection, not knowing when to look for more. The best you can do for yourself is to check back during times when you know they restock shelves. What are those times? We’re about to get into that.

Let’s start with Target. Target made a big move this year by pulling all MLB, NFL, NBA, and Pokemon cards from their shelves for what they deemed as a “cooling-off period.” They indicated there was a need for this temporary change. According to the retail giant, the customer experience surrounding sports cards needed revamping.

Before that decision, staff had noticed a surge in customers loitering around the aisles waiting for the cards to be restocked. Customers were snatching cards up as soon as they were placed on the shelves. Target suspended the sales of sports cards in their stores while they work on new plans for putting the cards back on shelves.

Below is a look at how Target had been restocking baseball cards.

Target would restock the baseball cards on weekdays. Distributors brought sports cards to the stores between Monday and Friday. Those waiting for restocks on the weekends would only be disappointed.

MJ Holding is the distributor of sports cards for Target stores. The company is the largest distributor of trading cards in North America. They provide the logistics and all of the merchandising plans for displaying the cards in-store.

Each shipment includes boxes of inventory, along with instructions for how to set up the display. MJ Holding partnered with Target to ensure optimized merchandising strategies for the best profit results.

You won’t find MLB, NFL, NBA, or Pokemon cards at Target right now. The move is intended to be temporary, though. The company wants to keep customers safe.

This decision was in response to some violent incidents occurring as a result of the rising popularity of sports cards. Customers have also expressed a lot of frustration over trying to purchase baseball cards that had already flown off the shelves.

The hope is, yes, Target will sell baseball cards again. It’s what the retailer keeps stating they intend to do. Representatives of Target say this is a temporary move while they work out new plans for keeping all customers safe and happy in the trading card part of the store.

Right now, there’s no set date for bringing baseball cards back to Target shelves. We’ll just have to wait and watch.

Walmart has a similar schedule of days and times for restocking baseball cards. They also vary the restock pattern. Customers aren’t able to easily figure out what the restock times are. Walmart has experienced some of the same issues Target has.

Walmart restocks baseball cards and other sports cards throughout the week. The restocking typically takes place between Monday and Friday. It occurs somewhere between 9:00 a.m. and 3:00 p.m.

Just like Target did, Walmart varies the timing of restocks on baseball cards. The intent is to throw collectors off the scent. They don’t want them to know when to come in. It’s an attempt at keeping customers from buying out the whole inventory.

MJ Holding, the same distributor for Target, stocks baseball cards for Walmart. The company sends the cards in boxes equipped with instruction packets for the specific way they’re supposed to be displayed.

The cards are put on display by either Walmart store personnel or merchandising partners that work in the stores. Once the modular display is completed, a photo is taken and sent to MJ Holding’s merchandising department for approval.

The internet has been all a-buzz that Walmart, like Target, stopped selling baseball and other trading cards, too. Walmart released a statement in May that they were not suspending sales of sports cards in their stores.

The retail giant did indicate they’d seen a large uptick in the sales of sports cards and Pokemon cards. Representatives of Walmart say something may have to be done to keep things safe for customers trying to buy sports cards in the future.

Walmart currently still has baseball cards and all other types of trading cards on its shelves. Whether it remains that way is yet to be seen. Should there continue to be acts of violence committed over the cards or dangerous situations arising, a re-evaluation of the path forward may be necessary.

Where Else Can I Buy Baseball Cards?

Target and Walmart aren’t the only places you can buy baseball cards. You could search for local shops in your area that specialize in selling baseball cards and other kinds of trading cards. Most big cities have several and smaller towns usually have a few.

Another option is to shop online. You can order baseball cards on Amazon and eBay. Just be careful about making sure you’re buying from a reputable seller. Trading cards are popular items for people trying to defraud others.

You can also go straight to the source. You can order baseball cards right from the Topps website.

To view current prices and inventory stock of blaster boxes, click here to check them out on Amazon.

Why Are Baseball Cards So Popular?

There’s been a large rise in the popularity of baseball cards and other trading cards over the last year. The question is, why?

Part of the answer lies in the fact that there was a global pandemic. People were stuck at home forced to pick up on old hobbies. Collecting baseball cards is a hobby many of us used to have when we were growing up. The pandemic gave us time in our houses to go through our old stuff and feel the nostalgia it brought on.

Live sports weren’t allowed during the 2020 pandemic. Fans needed somewhere to turn to keep them engaged with their favorite teams and players. Sports cards became the focus of many bored fans.

Will the Value of My Baseball Cards Go Up?

The value of baseball cards may go up right now. Some already have. When something is harder to obtain, that usually sends the value of it up.

Target and Walmart had to both vary the schedules of their restocks for baseball cards and other kinds of trading cards. Some sports cards have become so popular, there was no way to keep any on the shelves for customers to buy.

Target has temporarily suspended the sales of all trading cards from the MLB, the NFL, the NBA, and Pokemon. They plan to revamp the customer experience in their sports cards department.

If you are looking to find baseball cards, you can still shop for them at Walmart, as well as online. Your baseball cards may go up in value because of the rise in popularity. For now, keep what you’ve got and buy what you see when you see it. It may not be there next time!