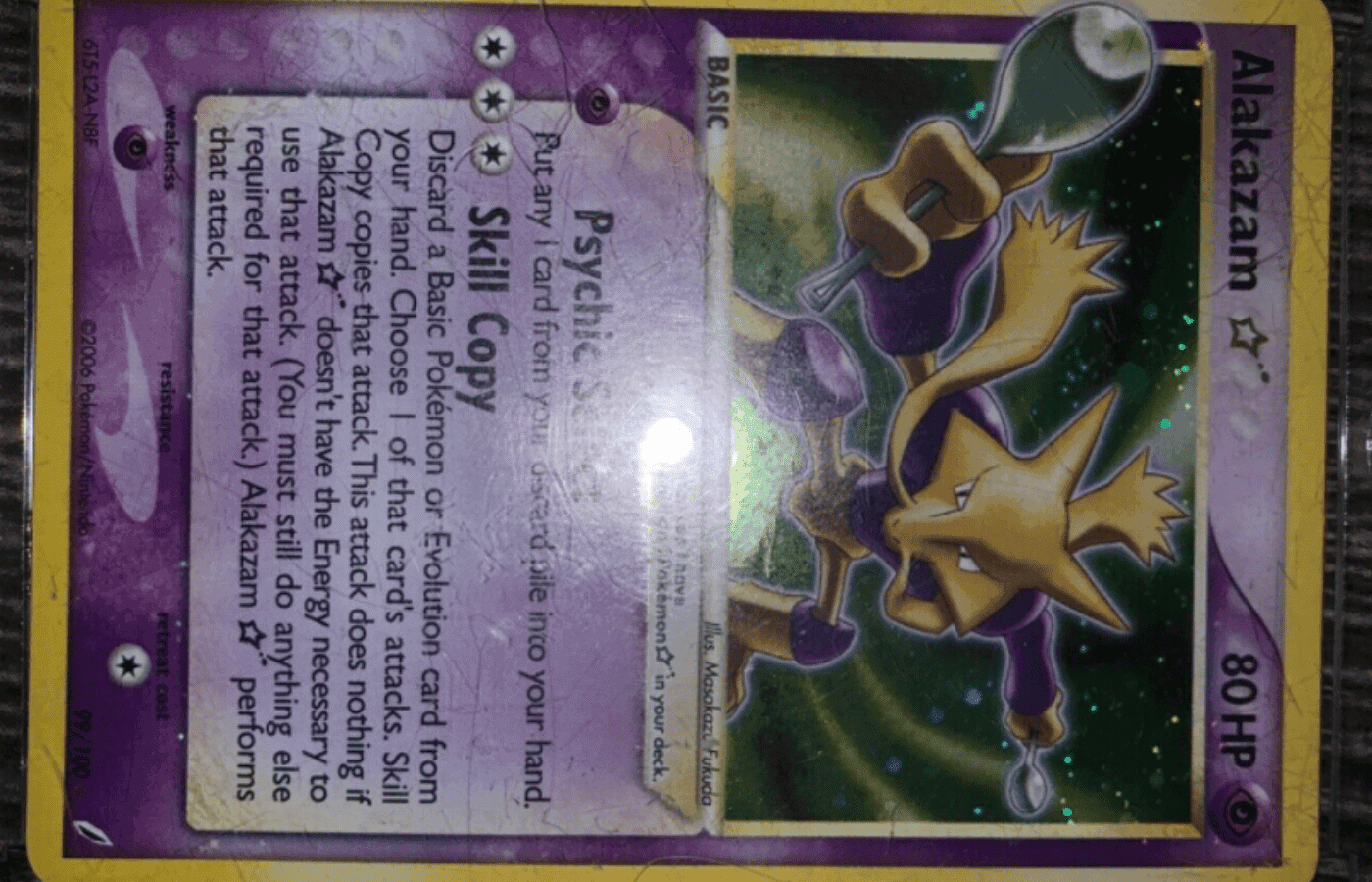 They are obtained in the EX era of pokemon card sets. Gold star pokemon cards are extremely rare; there are only 27 sets made during the EX era card release. They have a “pull rate” of 1 card per every two booster packs (about 1 out of every 88 packs). This is why these booster sets are incredibly hard and expensive to obtain.

In order to get one of these cards, you would have to buy packs from the EX era or purchase them online individually for large amounts of money.

Unfortunately, those are the only two ways to obtain one of these cards, but they will be a 25th-anniversary bundle of new gold star Pokemon cards set to release soon. Details are still pending for this release.

What Does a Gold Star Mean on a Pokemon Card?

A gold star on a Pokemon card means that it is incredibly rare. This star also means the card is very valuable and is desired by collectors across the world. This card is also the first edition and was drawn by designer Masakazu Fukuda.

How Can You Tell if a Pokemon Card Is a Gold Star?

First, the card must come from one of the EX Pokemon card sets. Until the 25th anniversary release, these are the only sets that contain gold star cards. These cards ran in 10 sets from 2004 to 2007.

The card will have a small gold star on the top header next to the Pokemon’s name. Gold star pokemon cards are also holographic and very detailed. The color and design will pop and look a bit more impressive than a standard holographic Pokemon card.

What Packs Do Gold Star Pokemon Cards Come From?

Currently there are 27 gold star Pokemon cards from 10 different sets. The sets are:

What Are Gold Star Pokemon Cards Worth?

Pokemon cards can be graded on various factors to assess their value. The condition of the card, the rarity, and the edition are all considered when determining a card’s worth. Gold star Pokemon cards are some of the rarest trading cards in any series and command an extremely high value.

The grading system will run from one to ten, with ten being in pristine condition. Certain areas of the card demand more scrutiny than others. For instance, the side of the card with the description will hold more weight than the back of the card.

The edges of the card also play a large role in how the gold star Pokemon card is graded. The condition of the edges needs to be perfectly straight and even, without any bends or fraying. Cards can lose significant grading value if the edges have undergone damage.

What Are the Highest Sales of Gold Star Pokemon Cards?

To put things in perspective, the highest recorded sale of any Pokemon card belongs to a 1998 Pikachu illustrator card that sold for $900,000. While gold star cards don’t demand this much value, it shows how competitive this card collection franchise can get.

One of the highest recorded gold star pokemon card sales goes to a set of Umbreon and Espeon with a PSA perfect ten mint condition quality sold for $22,000 in February of 2021. PSA values these cards around $185,000, making them the most valuable gold star cards on the market.

Why Is There No Set Price for Gold Star Pokemon Cards?

The Professional Sports Authenticator (PSA) sets the grading standards for Pokemon cards. While the PSA may set a value of a card, the real value is what people are actually willing to pay.

Markets change depending on what’s available or not. Some cards are not as well-liked as others, which may affect their current sale value. Some cards may sometimes be more difficult to find than others, increasing the value.

Grade has a massive factor in how much these gold star Pokemon cards will sell for. If you think about how rare these cards are, imagine how rare it must be to find them in mint condition.

The 25th anniversary of the cards release is coming up, and with more time comes more chances for cards to be damaged. The prices for these cards will continue to climb the other they get and rarer they become to find a quality set.

Is it Worth Trying to Collect Gold Star Pokemon Cards?

For fans of Pokemon cards, the gold star lineup is the “holy grail” of collector’s items. These cards are drawn on average in one out of every eighty-eight packs; they are incredibly rare and hard to come by.

With this rarity, competition for these cards is fierce. Some are worth more than others, while some have dropped in value due to collectors hoarding a certain line and asking for much more than they are thought to be worth.

If you happen to find yourself the owner of one of these cards, you have a tough decision to make. Facing temptation to sell it to another collector for large amounts of money is a hard deal to pass by. The thrill of the hunt will be worth it to some, while others may be turned off from this ruthless sect of trading card fandom.