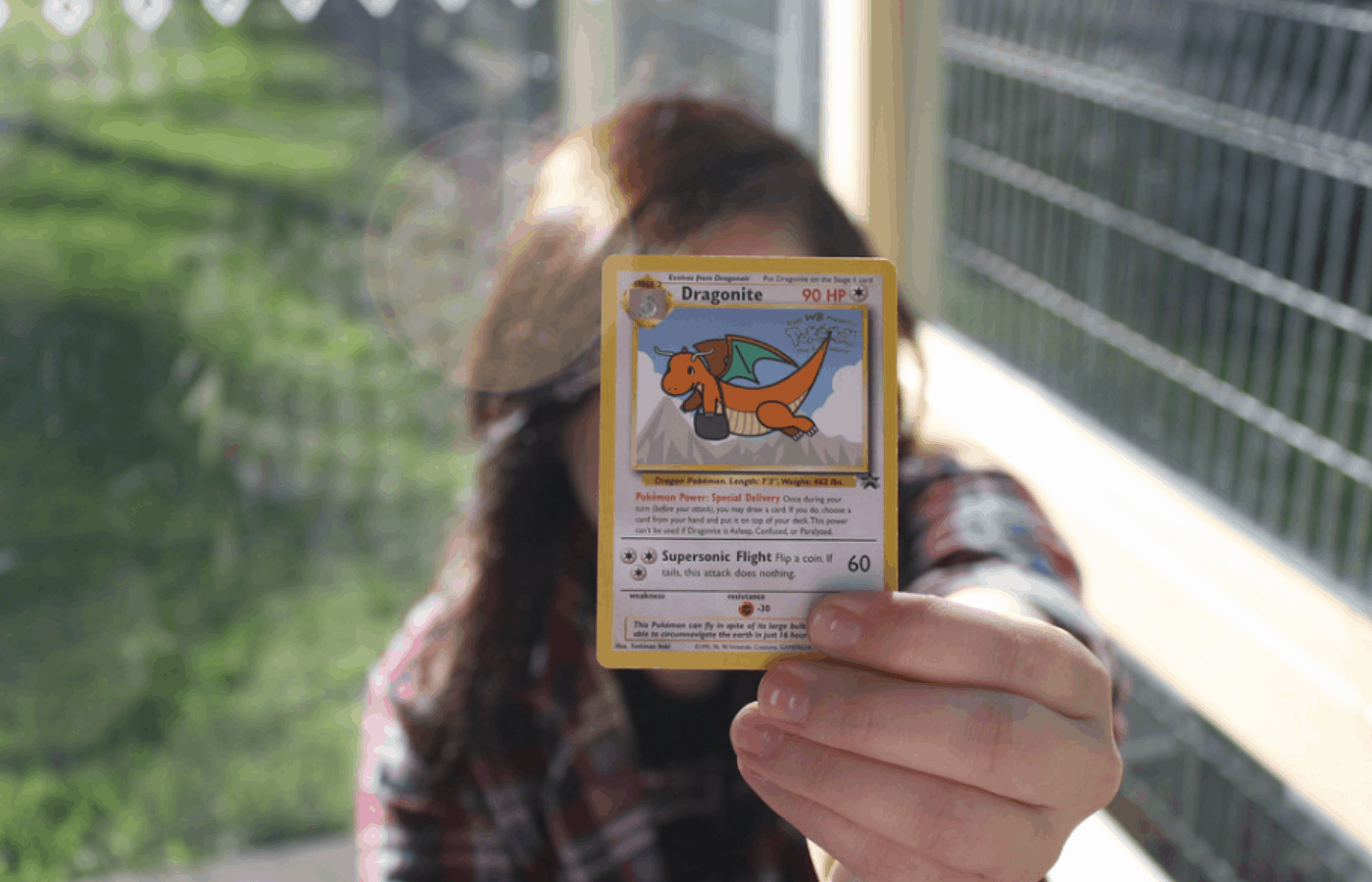 So, what are Pokemon cards made of? Pokemon cards are made of multiple sheets of paper that have been pushed together. The layers have been pretty much glued together. If you have a foil card, then there will be a small metal layer glued in there as well. How the foil has been layered will be dependent on the generation of the card.

Let’s talk about this in a little bit more depth. This way, you are going to know the rough manufacturing process for Pokemon cards, as well as get a bit of an idea about why you just can’t create your own Pokemon cards.

What Material Are Pokémon Cards Made Of?

Pokemon cards are manufactured from layered paper. This helps to create a piece of card. There are actually three pieces of paper that have been pushed tightly together.

If you have a holo or foil card, then an extra piece of material is added to the process. This is a sheet of foil. This will be patterned. This is layered onto the card to give that look. The foiling process has varied over the years.

What Paper Are Pokemon Cards Printed On?

The Pokemon Company doesn’t talk about the type of paper that they print their cards on. If they let that secret out, then you can bet your bottom dollar that everybody that wants to fake Pokemon cards would be able to do it a little bit easier.

What we do want to tell you, however, is that when all of the paper that forms the Pokemon card have been pushed together, the thickness is 35-point. Point is how we measure the thickness of cards.

There is no imperial or metric equivalent. If you went to a printing press and asked for 35-point card, then you would end up with a card that is exactly the same thickness as a Pokemon card.

Foil cards, due to their manufacturing process, are going to be ever so slightly thicker than 35-point. This is to account for the extra foil layer. Although, it is unlikely that the card is going to be noticeably thicker.

Are Pokemon Cards Made Out of Paper?

Sort of. While it does feel like a piece of card, Pokemon cards are actually formed of multiple layers of paper glued on top of one another. This helps to create a card that is thicker than normal paper.

The layering of the cards actually plays a huge role in determining whether the cards are fake. There are three layers of paper to a Pokemon card. You have two outside white layers and the inside layer is black. If you look on the side of the card and you do not see this clear layering, then you know that you are probably dealing with a fake Pokemon card.

Can You Print Your Own Pokemon Cards?

You can. However, there is absolutely no chance that you are going to be able to get it looking anything like an actual Pokemon card. There are a couple of reasons for this.

First and foremost, you can’t actually purchase the card stock that is used to print Pokemon cards. It has to be specially layered. It is going to be impossible for you to layer it yourself. If it were simple, then fake cards wouldn’t be anywhere easy to spot.

It is almost impossible to replicate the colors used in the production of Pokemon cards without a huge printing press at your disposal too. A lot of the colors are specific to Pokemon cards, and the Pokemon Company are not exactly talking heavily about the exact colors that they use in order to combat card fraud.

You can make your own cards as proxy cards for your own ‘at home’ games. However, do bear in mind that you are never going to be able to use these in official Pokemon events. You also cannot sell them on. You would be breaking the law.

Do Pokemon Cards Have a Protective Layer?

While it may feel like Pokemon cards have a protective layer on the top, they do not. The smoothness and the shiny finish that many of the Pokemon cards on the market have will be just the printed ink. As you can probably guess, this is going to be high-quality ink.

Because the cards do not have a protective layer on them, the ink will fade over time. It is also easy to scratch the outer layer of the Pokemon card.

Therefore, you are going to want to stick your valuable cards in a card sleeve as soon as you can. You will also want to ensure that your cards are sleeved, no matter the value, if you are going to be playing with them regularly. After all, the shuffling of the cards is going to scratch them. The smoothness of the cards can also result in them sticking together a little bit.

What Is the Manufacturing Process for Pokemon Cards?

As you can probably imagine, the Pokemon Company doesn’t talk about how they produce their trading cards. In fact, every single location that produces Pokemon cards, and there aren’t very many of them, has to be vetted to ensure that they are not going to let the secrets of their Pokemon production out.

This is means that we can do nothing more than give you a general overview of the production process.

Pokemon cards are not printed individually. Instead, they are printed onto large sheets of paper. It won’t be all the same Pokemon on the paper, though.

The exact Pokemon on the page will be randomized based upon an algorithm that the Pokemon Company. This is what helps to keep their booster packs completely random.

Once the sheets have been printed, the Pokemon cards are sliced apart and then packed into the various booster packs. This is a completely automated process. It is a pretty decent process too.

There has only been one time in the history of the game where their process has gone wrong, which has allowed people to correctly predict which cards end up in which pack.

If you have a foil card, then an additional foil layer is added to the mix. The ink will be printed onto this foil layer.

There is no protective coating for the ink on a Pokemon card. This means that if you want to protect the card, you need to place them into card sleeves.