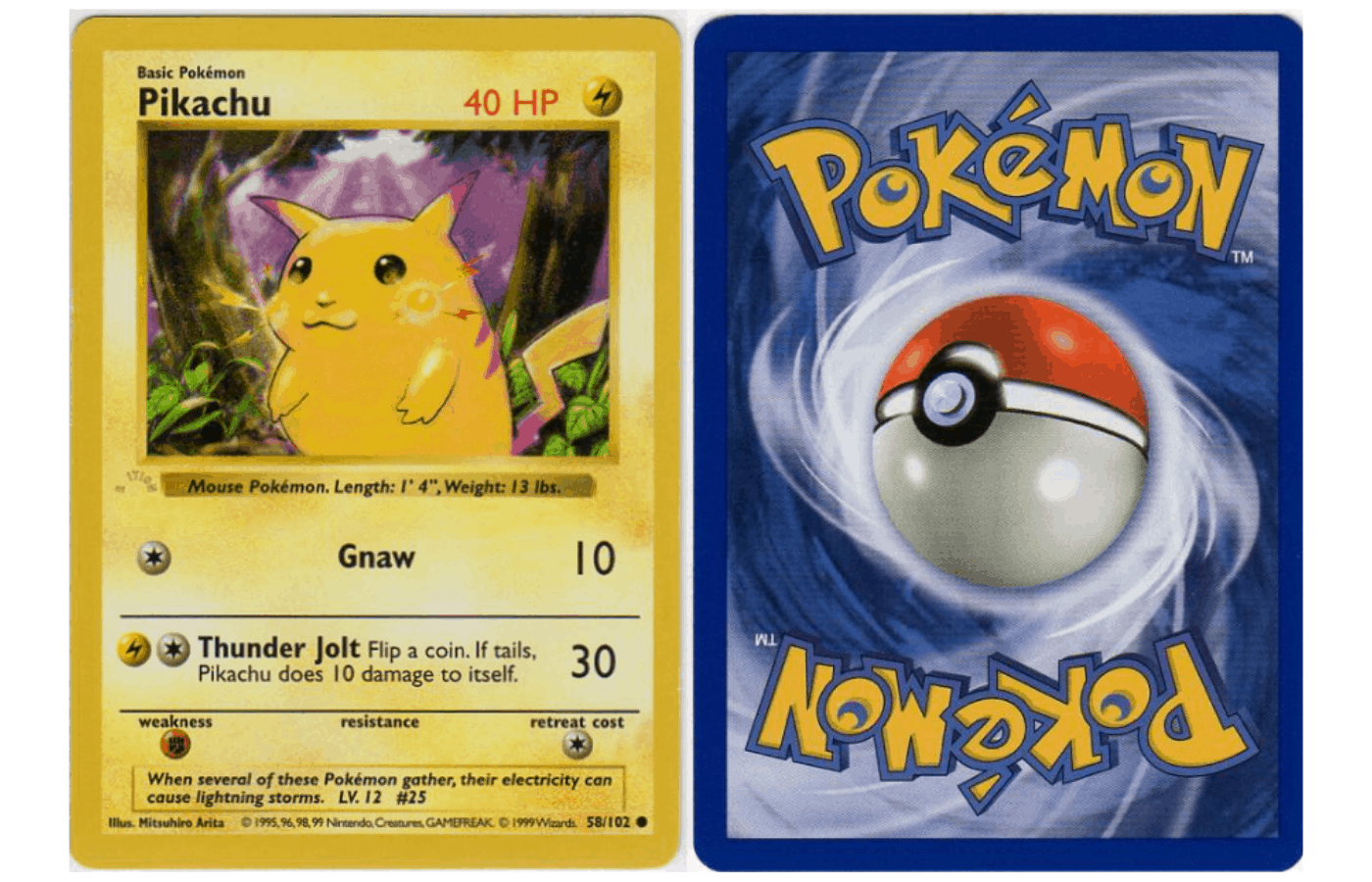 Every so often, you may stumble across a Pokemon error card. These are cards that have been misprinted. This may be a miscut, typo, or incorrect printing. They are not all that common. So, when people pull one, they figure that it may be worth money. So, is it? Let’s take a look.

So, are Pokemon card misprints worth anything? The answer is yes, but only a few misprints are going to be sought after. In recent years, the quality of Pokemon cards has plummeted a little over the years. This means that some misprints e.g. miscut cards, are fairly common. Common to the point where you probably won’t get much for them. However, if the completely wrong picture was printed on a card, or has the writing “for position only”, then it may be worth something.

Are Pokemon Error Cards Worth Money?

Sometimes. It depends on the extent of the error.

If it is a small miscut issue, then probably not. Miscuts happen more often than you may think during the manufacturing process. As a result, there are a lot of cards that are small miscut errors. They aren’t really worth anything.

If the miscut is a bit more extreme e.g. the card is basically a combination of two Pokemon cards, then it may be worth some money.

If there is a serious issue with the printing e.g. you have a card labeled as Charizard but a Pikachu has been printed onto the card, then these probably are going to be worth some cash.

How Much Is a Pokemon Misprint Card Worth?

This really is going to be dependent on the card that has the misprint, the rarity of the card, and how much in demand that Pokemon is going to be.

As we just said, there are not a whole lot of people out there that are on the hunt for misprint Pokemon cards. This means that the market can change rather quickly. You may be able to get $100 for a misprint one day, and then a few days later it may sell for a couple of dollars as there just isn’t any market.

We have seen Pokemon misprint cards sell for as little as a few cents all the way up to hundreds of dollars. Some misprint cards are actually worth less than the actual card. Sadly, there isn’t really any way for us to tell you how exactly how much your Pokemon card is going to be worth if you decide to sell it on the open market.

This is because there are just going to be way too many factors that could be influencing the final price. The best you can do is find a decent site and put it up for auction. The price that it sells for is where the market is at that moment.

It is worth noting that you may be able to enjoy a higher price for your Pokemon misprint card if it comes from one of the earlier sets. This is because these misprints are going to be a lot rarer. As we mentioned at the start, misprints are much, much more common nowadays. This means that recent misprints may not sell for a whole lot.

How Much Are Pokémon Cards With Typos Worth?

Probably not for a whole lot, and there are actually a couple of decent reasons for this.

The main reason is because Pokemon cards very, very rarely have typos. Any typo tends to be caught during the early part of the manufacturing process. There are just too many people looking at Pokemon cards for those laden with typos to be released out there into the wild.

To be honest with you, the vast majority of cards out there with typos will actually be fake Pokemon cards. As you can imagine, this means that the vast majority of people are going to be steering clear of them anyway. They do not want to have to deal with cards that have typos on them. It isn’t worth their time or money.

Secondly, if a card did just so happen to have a typo on it, this is not going to be unique to a specific card. Every card of that type in the print run will have the same typo on it.

This means that even with the rarest of cards in the set, there will still be thousands of that card out there. This means that you do not really have anything that is all that unique. You just have your normal Pokemon card.

There may be some lower selling sets that have cards with typos on them. These cards may sell for a little bit more. However, once again, they are not especially unique, so you probably shouldn’t count on earning the big bucks from them.

What Pokemon Cards With Misprints Are Worth the Most Money?

There are some misprinted cards that some speculate to exist but there has been no proof of. The one that we do have proof of existing is the Mewtwo promo card that was handed out to anybody that went and saw the first Pokemon Movie in the cinema.

These cards can sell for several hundred dollars when they are in good condition. It is unknown how many of these cards are out there, likely due to the fact that many of those seeing the Pokemon Movie were children and they probably didn’t keep their hands on their Pokemon cards.

There are some cards which have ‘For Position Only’ printed on the artwork. These cards are not misprints. They are positioning cards for the printers. They are not supposed to be included in the booster packs.

Some people regarded them as misprints, though. These cards can easily sell for several thousand dollars. There aren’t that many out there. A few hundred, at the most.

Most Pokemon misprint cards are not really going to be worth a lot. Misprints are more common than you may think.

It is impossible to predict the amount of money a misprint card will sell for, mostly because the market it is unpredictable.

The only card that really does seem guaranteed to sell for a decent chunk of change will be the Mewtwo misprint from the original Pokemon movie.