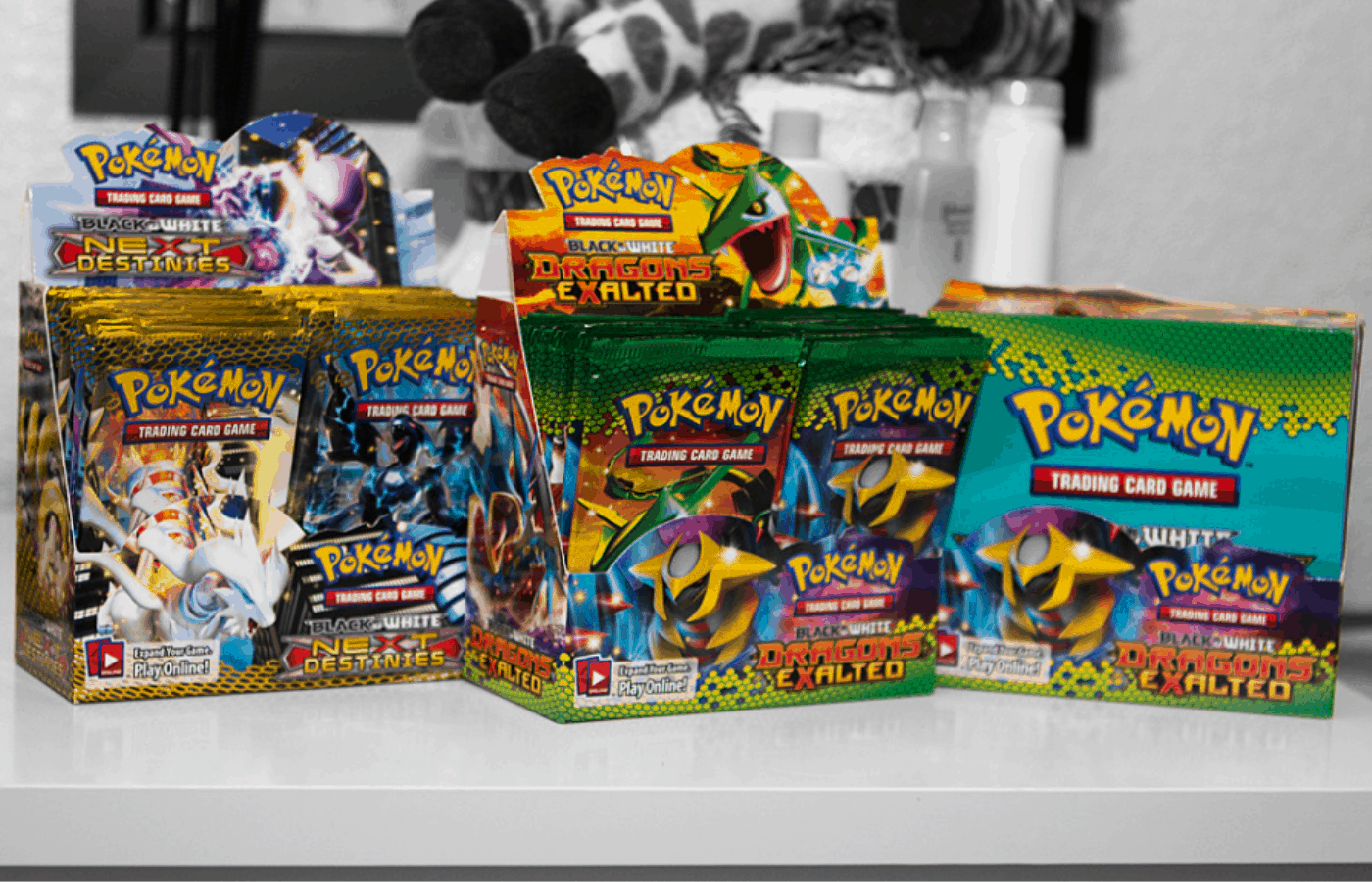 In most Pokemon TCG sets, secret rares are regarded as some of the rarest cards in the game. They are the sort of card that you chase and will open booster pack after booster pack to get one. But, are they all that rare? Let’s take a look.

Since there are a few nuances in the way in which secret rares work, we want to cover this in a little bit more depth for you. This way you will know exactly what you could potentially be getting from your Pokemon booster boxes.

How Many Secret Rares Are Guaranteed in a Booster Box?

None. You are never guaranteed any card in a booster box. It is impossible to guarantee certain cards and it is all based upon a completely random printing run. As long as each booster pack meets the defined quota of commons, uncommon, rare, and reverse holo card, then everything else in that pack is going to be completely random.

That being said, there are some sets where getting a secret rare in a booster box was virtually guaranteed. The one that immediately springs to mind here will be the Pokemon Evolutions set.

This is because this set had multiple secret rares. These were more just unlisted cards e.g. Surfing Pikachu rather than something that was genuinely a rare card. This means that it wasn’t uncommon to pull one of these cards out every few packs. They weren’t proper secret rares at all.

If you are looking for proper secret rares, then there is never going to be any guarantee. You could open countless booster boxes and never see a secret rare. The chances of that are small, but it is something that absolutely does happen.

What Are the Odds for Secret Rares in a Pokemon Booster Box?

However, as we said, there are some sets that you have secret rares that are not all that secret. The one that we want to draw your attention to here is Pokemon Evolutions, although it has happened in several sets now.

With Pokemon Evolutions, you could expect a secret rare every couple of booster packs. Honestly, these seemed to be more like common or uncommon cards than true secret rares.

Basically, as long as you are not buying one of those booster boxes with a common secret rare, then the chances of getting one are slim.

That being said, there are some promotions run when a new set launches. When these sets are launched, you may find that the first to buy complete booster boxes will get a guaranteed secret rare card. However, this card tends to be fixed, and it is one of those cards that will not appear in the set properly.

How Do You Know You Have a Secret Rare Card?

You have to look at the number on the card!

The whole point of a secret rare card is that they are not going to be found in the official listing of the set. This is a history that can be traced back to the Dark Raichu card that was found in the Team Rocket set. Since this was a card produced by Wizards of the Coast rather than the Pokemon Company, it had a number outside of the official set.

To be truthful, these cards are not as secret as you may think. If you buy one of the trainer boxes (i.e. the boxes that contain eight booster packs), then it will list the secret rares in the set. It isn’t like they are fully hidden.

Chasing the secret rares seems to be a popular thing with the Pokemon Trading Card game now, and thus the Pokemon Company want to let you know exactly when there are secret rare cards to grab.

This means that they are going to be retaining their value for a long time after the set has been discontinued. In fact, they are likely to only go up in value.

You are never guaranteed a secret rare in every box. In fact, the chances of this are slim. They are only put into one in every 2 boxes.

Secret rares have been included in Pokemon Trading Card game sets since the launch of Team Rocket. The Dark Raichu remains one of the rarest of cards.

If you are lucky enough to find a secret rare card, then make sure that you keep it in good condition. The bulk of these cards are going to be very valuable.